The United States faltered down the stretch Sunday in a 83-76 loss to France at the Olympics. The U.S. led 74-67 with 3:41 remaining, before Evan Fournier ignited a 14-0 run that helped France secure the victory.

Penny Oleksiak and Kayla Sanchez of Toronto, Margaret Mac Neil of London, Ont., and Rebecca Smith of Red Deer, Alta., finished in a time of three minutes 32.78 seconds as Canada picked up a medal in the event for a second straight Games.

Add another medal to the count. Melissa Citrini-Beaulieu and Jennifer Abel finished second in the women’s synchronized 3m springboard to capture Canada’s second silver medal at the Tokyo Olympics.

The Vancouver Canucks announced on Sunday that forward Jake Virtanen has been placed on unconditonal waivers for the purpose of a buyout.

Houston Texans quarterback Deshaun Watson plans to report to training camp on Sunday, sources confirmed to ESPN. Had Watson not reported, he would have been fined $50,000 per day. Under the new collective bargaining agreement, teams can no longer forgive fines.

Australian Minjee Lee (-18) added her name to the list of LPGA major tournament winners on Sunday, defeating Jeongeun Lee6 in a playoff to capture the 2021 Evian Championship.

Canada's Felix Auger-Aliassime was eliminated from singles play at the Tokyo Olympics after suffering a surprise 6-4, 7-6 (2) defeat to Australian Max Purcell in the first round Sunday.

Canada falls to Japan in softball, will play for bronze

Canada will play for bronze in softball at the Tokyo Olympics. Japan scored the game's only run in extra innings Sunday to defeat the Canadians 1-0 in round-robin action.

Winnipeg's Skylar Park lost to Taiwan's Chia-Ling Lo 18-7 in the women's taekwondo quarterfinal at the Tokyo Olympics on Sunday.

Bailey Andison had spent more than a year preparing for the Tokyo Olympics, with all her focus centring on qualifying for Canada's swimming team in June 2021.

The routines Simone Biles puts together are so difficult that she can afford a misstep or two and still dominate.

Day 2 of the 2021 NHL Draft has wrapped up. Here is a recap of the notable selections and what the Canadian teams did on Saturday.

Every selection from the 2021 NHL Draft.

A day after the Devils doubled the number of Hugheses on their roster, family ties remained the theme in the second round of the 2021 NHL Draft. With the 37th-overall pick, the Coyotes drafted Josh Doan, son of franchise icon Shane Doan, while Colton Dach joined his brother Kirby in Chicago after being taken 62nd overall.

A Shocking Move At The Draft

How problematic is the Habs' selection of Mailloux?

After Logan Mailloux renounced himself from this year's NHL Draft, the Montreal Canadiens decided to draft him anyways. Sports journalist Shireen Ahmed joins SportsCentre to discuss how problematic this decision is by the Habs' organization.

Mailloux believes Canadiens can help make him a better person

Canadiens draft pick Logan Mailloux spoke with reporters Saturday, saying he "deeply regrets" taking a photo of himself and a young woman without consent then sharing that photo with his teammates.

Button on Habs drafting Mailloux: 'It's a callous disregard for the victim'

Earlier this week, Logan Mailloux had renounced himself from the draft after paying a fine for an offence of a sexual nature in Sweden last year. Despite the circumstances, Montreal opted to draft him with the 31st pick in the first round. TSN Director of Scouting Craig Button weighed in on the surprise selection.

The Montreal Canadiens made a controversial pick at the NHL entry draft Friday, selecting defenceman Logan Mailloux with the No. 31 pick.

The Canadiens selected Logan Mailloux with the 31st overall pick in the NHL Draft, even though the London Knights defenceman had renounced himself from the draft earlier this week. Canadiens GM Marc Bergevin spoke about the decision to draft Mailloux.

The Maple Leafs will get nothing in return for Zach Hyman when he hits the open market on Wednesday. And general manager Kyle Dubas can live with that. Kristen Shilton has more. 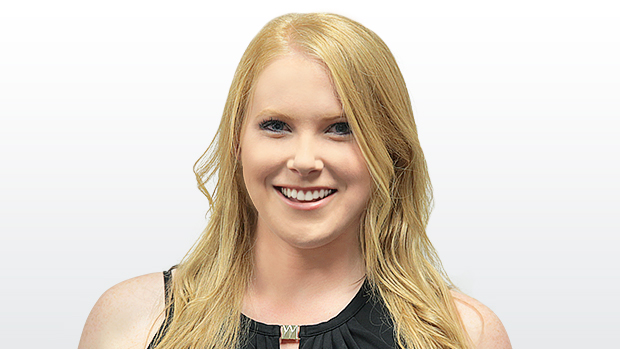 Washington Capitals general manager Brian MacLellan told reporters Saturday that he anticipates getting a deal done with Alex Ovechkin before the start of free agency on Wednesday.

'We've got a lot of work to do': Dubas knows Leafs need to improve for next season

The Maple Leafs will be back in the competitive Atlantic Division next season competing against the Stanley Cup champion Lightning, as well as the Bruins, Panthers and, of course, the Canadiens. Kyle Dubas spoke about the challenges ahead next season and his plans to improve the team to set them up for success.

Jakub Voracek is on his way back to Columbus, as the Blue Jackets have acquired the winger from the Philadelphia Flyers for forward Cam Atkinson.

A familiar bearded face is going back to Columbus, and the Blue Jackets' longest tenured player is off to Philadelphia. The player the Flyers got back? Well, Cam Atkinson is already in love with Philly’s favorite, familiar orange-bearded face. 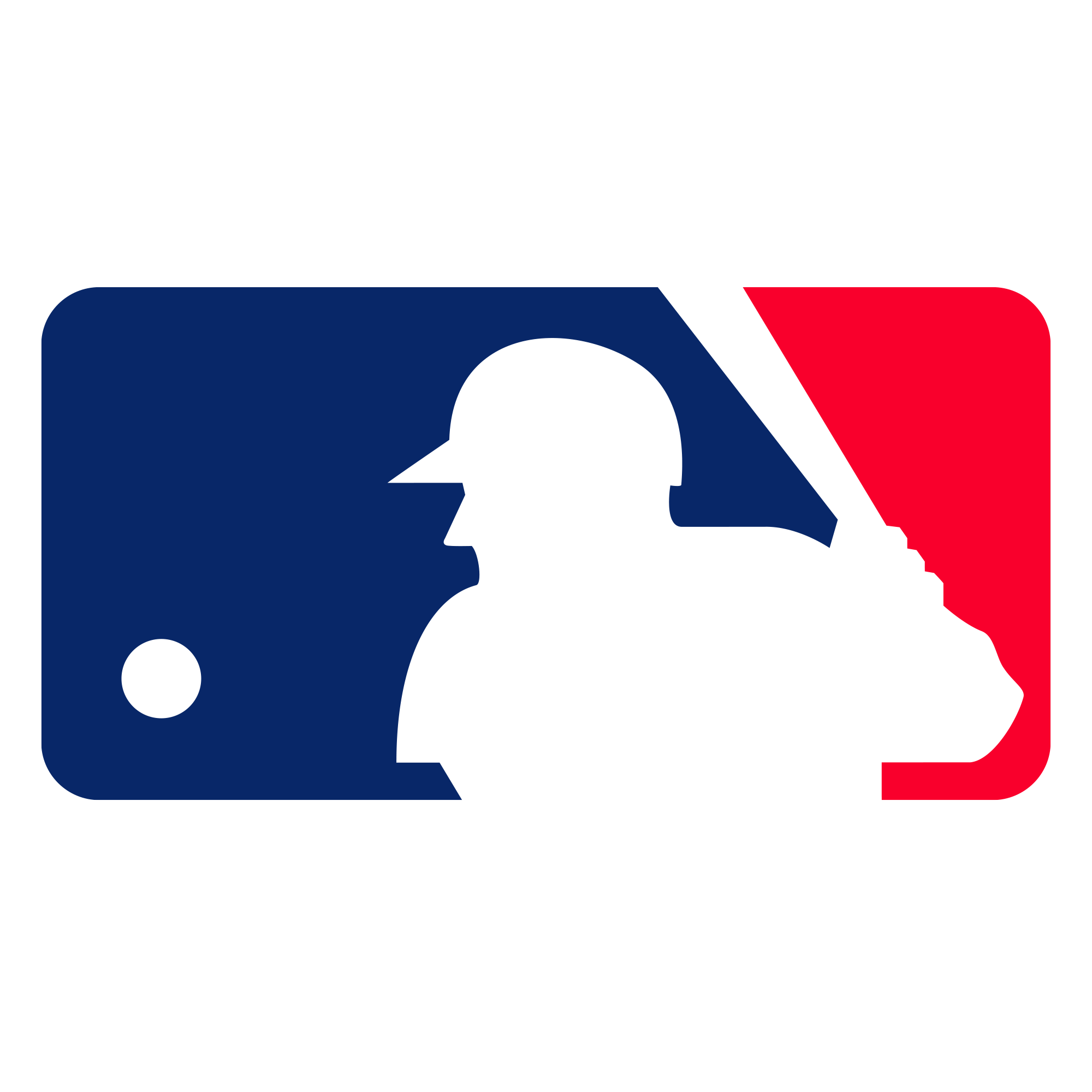 Patrick Sandoval had his no-hit bid broken up with one out in the ninth inning on a soft double by rookie Brent Rooker, and the Los Angeles Angels beat the Minnesota Twins 2-1 Saturday night.

Atlanta used the long ball in a big way as Freddie Freeman, Abraham Almonte, Ozzie Albies, Austin Riley and Joc Peterson all homered to lead the Braves past the Phillies in a 15-3 rout on Saturday night.

Austin Barnes homered early, Kenley Jansen preserved the lead late and the Los Angeles Dodgers snapped a three-game losing streak with a 1-0 victory over the Colorado Rockies on Saturday night.

Matt Harvey allowed one hit in six scoreless innings in another outstanding performance and the Baltimore Orioles held on to beat the fading Washington Nationals 5-3 on Saturday night.

Alex Bono stood tall in goal and Toronto FC got goals from Yeferson Soteldo and Nick DeLeon, hanging on for a 2-1 win over the Chicago Fire on Saturday that extended its unbeaten record under interim coach Javier Perez to four games.

Deiber Caicedo and Cristian Dajome scored to give the Whitecaps a two-goal lead but LAFC would fight back to earn the draw thanks to goals from Carlos Vela and Jose Cifuentes.

DeChambeau out of Olympics after positive COVID-19 test

Bryson DeChambeau has tested positive for COVID-19 and will miss the Tokyo Olympics, it was announced Saturday night.

A curler and a quarterback

Stampeders quarterback Bo Levi Mitchell made a new friend recently. His name is Ben Hebert. Bo may not have realized Hebert was an athlete when they first met, but now he is painfully aware. An Olympic gold medalist, Hebert’s sport is curling and he is one of the best leads in the game having won four Brier Championships. A curler and a quarterback may seem like an odd couple, but these two bring out both the best – and perhaps the worst – in one another.

O'Shea says Harris wants to go but they're holding him back

Blue Bombers head coach Mike O'Shea explains what happened with Andrew Harris at practice after he was forced to watch from the sidelines.

After an injury-plagued 2019 season, Bo Levi Mitchell has been able to benefit from an extended recovery break and has come into Stampeders training camp the lightest he has been in several seasons. Salim Valji has more on the targets Mitchell will have to work with.

Gord Miller and Steve Simmons are joined by TSN Football Insider Dave Naylor and they discuss what the upcoming CFL season could look like.

September 27th, 2019 Simoni Lawrence was hitting everything in sight against the Blue Bombers and set a CFL record with 17 tackles in one game.

Kansas City Chiefs offensive lineman Laurent Duvernay-Tardif was recognized for his decision to opt out of the 2020 NFL season to help fight the global COVID-19 pandemic. He was awarded with the Muhammad Ali Sports Humanitarian Award at this year's ESPYs.

The number of NFL players in the COVID-19 vaccination process has reached 80%, with nine teams having 90% or more of their players in that category.

Can Spencer Rattler become the third Oklahoma quarterback in the last five years to win the Heisman Trophy? The Daily Wager panel discuss who has the best odds to win the award.

The Carolina Panthers have a new quarterback in Sam Darnold. The Daily Wager panel debate whether or not the Panthers can be a playoff team in the NFC.

With news that Michael Thomas is undergoing ankle surgery, Tyler Fulghum, and Joe Fortenbaugh discuss if the Saints can compete with the Buccaneers in the NFC South.

Reading Between The Lines: Parlaying Favourites

Sijara Eubanks and Ian Heinisch will both compete on this Saturday's UFC Fight Night card as favourites to win their respective fights. Aaron Bronsteter explains why it makes sense to parlay Eubanks and Heinisch for this card.

In Episode 8 of The Shift, Kayla Grey is joined by Toronto’s own Charlotte Day Wilson to discuss her debut album ‘Alpha.’ Kayla also discusses the rise in Black coaches in the NBA and highlights Olympic athletes to watch.

In Episode 7 of The Shift, Kayla Grey heads to Phoenix and Milwaukee for the NBA Finals. We follow Kayla as she explores these cities, their culture and chats with Deandre Ayton of the Suns.

The men's 100-meter final at the Seoul Summer Olympic Games was riddled in scandal. This one race still haunts the eight athletes who took part.

The Good, The Bad, The Hungry

Al Davis vs. The NFL

Directed by Ken Rodgers (“The Two Bills,” “Elway to Marino”), the documentary presents an intimate look inside one of the great rivalries in the history of the National Football League – former Raiders owner Al Davis and former NFL commissioner Pete Rozelle, whose battle grew so intense that players, owners, franchises – even the League itself – became characters in a three-decade long Shakespearean feud that changed football forever.

The Life and Trials of Oscar Pistorius (Part 1)

The Life and Trials of Oscar Pistorius (Part 2)

The Life and Trials of Oscar Pistorius (Part 3)

How good can Owen Power be?

Gord Miller and Steve Simmons are joined by TSN Radio First Up Co-host Carlo Colaiacovo and they break down the play of Owen Power and project how good of a player he could be.

Gord Miller and Steve Simmons are joined by TSN Football Insider Dave Naylor and they discuss what the upcoming CFL season could look like.

What’s the latest on the Hyman situation?

Mark Roe and Gord Miller are joined by TSN Hockey Insider Darren Dreger and they discuss the latest on the Zach Hyman situation with the Oilers and the Maple Leafs.

Mark Roe and Gord Miller are joined by Maple Leafs General Manager Kyle Dubas and they discuss the possibility of losing Zach Hyman as well as Dubas’ plan to address the rest of the teams needs this off-season.

The Ray and Dregs Hockey Podcast