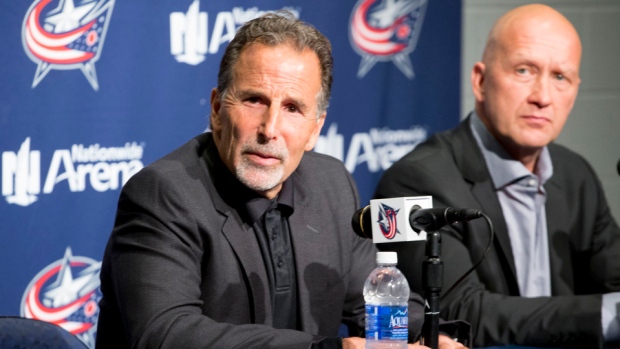 NASHVILLE — Columbus Blue Jackets coach John Tortorella has returned to Ohio because of a family emergency, keeping him out of both Thursday night's game with Nashville and the NHL All-Star Game this weekend.

Tortorella said in a statement a personal matter requires his immediate attention, forcing him to leave the Blue Jackets temporarily. He says he did not make the decision lightly and hopes to be back with the team next week.

"Regrettably, there is a personal matter that requires my immediate attention that will force me to leave the team temporarily and miss the All-Star Game in Los Angeles," Tortorella said in a statement. "This decision was not made lightly as representing the Columbus Blue Jackets is something I am very proud of, but it is the right decision for my family and I. I appreciate the support of our organization and the National Hockey League and my hope is to be back with the team next week."

Assistant coaches Brad Larsen and Brad Shaw will take over in Tortorella's absence.

Tortorella had been set to coach the Metropolitan Division at the All-Star Game in Los Angeles this weekend. The Blue Jackets went into Thursday nights' game 32-11-4.