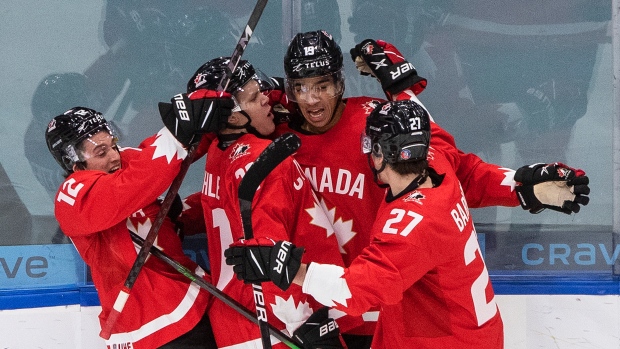 EDMONTON — The International Ice Hockey Federation says there are no new cases of COVID-19 at the world junior hockey championship in Edmonton.

The federation issued a statement Friday saying 9,629 tests have been conducted on players, staff and game officials at the tournament and the latest round of testing did not find any positive cases.

The news comes after eight German players and two members of team Sweden's staff tested positive for the virus in mid-December after teams entered the "bubble" but before competition began.

The positive test results prompted quarantines for both teams and forced the cancellation of several exhibition games.

The preliminary round of the tournament concluded Friday, with Austria and Switzerland failing to move on to the quarterfinals.

The IIHF says both teams will stay in the bubble until their scheduled departure from Edmonton.

The semifinals are set for Monday and the medal round is scheduled for Tuesday.

Note to readers: This is a corrected story. A previous version misstated the day that the latest results were released.