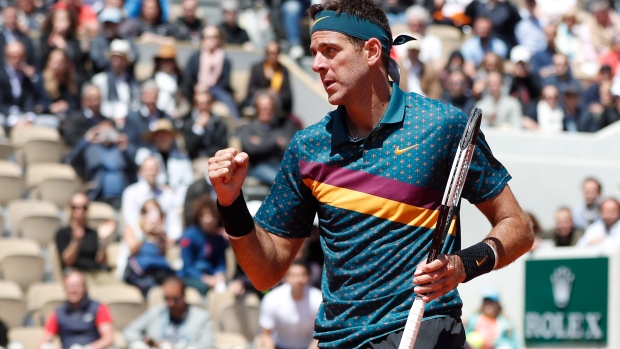 WHITE PLAINS, N.Y. — Juan Martin del Potro, the 2009 champion, has withdrawn from the U.S. Open because he is still recovering from surgery on his right knee.

The 12th-ranked del Potro fractured his kneecap for the second time in less than a year while playing at grass-court tournament in June to prepare for Wimbledon.

He had an operation shortly after that and hasn't competed since.

The U.S. Tennis Association said Tuesday that del Potro's withdrawal allowed Denis Kudla, a 26-year-old from Virginia, to move into the main draw.

Kudla had been awarded a wild card earlier Tuesday. That special entry now goes to Chris Eubanks, a 23-year-old from Georgia.