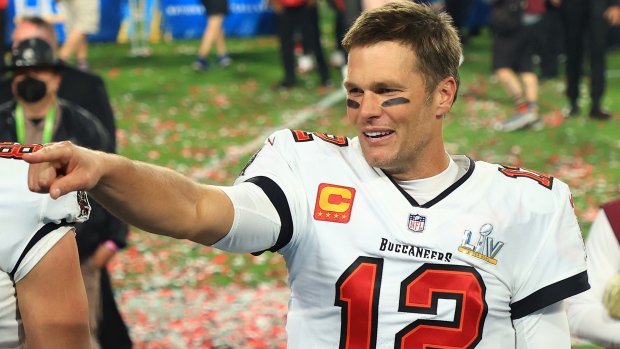 In 120 days, the defending Super Bowl champion Tampa Bay Buccaneers will kick off the 2021 NFL season against the Dallas Cowboys on Thursday Night Football.

It will be the first time since 1990 that the defending champs open a season in the same venue where they won the Super Bowl.

It will also be the league’s first season with a 17-game schedule, which will be important to keep in mind when evaluating NFL futures.

In previous years, taking the over on a win total set at 7.5 would have been a wager on a team to finish with a .500 record or better.

This season, finishing with eight wins would actually leave a team a game below .500 at 8-9.

The 17th games will feature cross-conference matchups, with a couple of showdowns that we can already circle now as must-see television.

Here are the top-10 most intriguing matchups on the 2021 NFL regular season schedule.

Tom Brady vs. Bill Belichick will be the main event of the 2021 NFL regular season.

Per the Elias Sports Bureau, Brady and Belichick’s 20 seasons together are the most by any player/head coach duo in the history of the NFL, NBA, NHL or MLB.

Now, they will go head-to-head for the first time ever.

There is no doubt this is the most highly anticipated game of the season.

The Bills were among the league’s most improved teams last season.

In order to take another step forward, they will need to prove they can beat the AFC’s best.

This AFC Championship Game rematch could be the most entertaining showdown of the entire season.

Lamar Jackson and the Ravens have all of the pieces in place to contend for a Super Bowl.

Like the Bills, Baltimore’s biggest issue is that the Chiefs are still standing in their way.

Kansas City has won all three of its meetings against the Jackson-led Ravens.

Cleveland very nearly upset Kansas City in the AFC Divisional Round after Patrick Mahomes left that game in the third quarter with a concussion.

While the Chiefs survived and advanced, the Browns proved last season that they are headed in the right direction.

For Cleveland, a rematch with Kansas City will provide a good barometer of the franchise’s trajectory.

The Chiefs opened as a 5.5-point favourite.

That number has already moved to Kansas City -6.

The Bills secured their first playoff win in 25 years against Indianapolis in the AFC Wild Card last season.

Indianapolis replaced Philip Rivers with Carson Wentz with the hope that he could provide an upgrade.

It will be interesting to see if the Colts could avenge that playoff loss with their new franchise quarterback under centre.

The Rams went all-in to acquire Matthew Stafford with the hope that he could help them contend for a Super Bowl.

If they can stay healthy, Los Angeles could be a legitimate contender in the NFC.

In Week 17, Stafford will go head-to-head with Jackson in another intriguing cross-conference showdown.

I remain higher on Sam Darnold’s potential with the Panthers than most.

With a lot more help around him in Carolina, Darnold will get his opportunity for revenge against his former team with his replacement Zach Wilson under centre for the Jets.

The Panthers opened as a four-point favourite.

I’d have this reunion much higher on this list if I thought the Texans would be able to provide a challenge.

Instead, it looks like DeAndre Hopkins and J.J. Watt will lead the Cardinals to a blowout win over their former team in Week 7.

The defending Super Bowl champs raise their banner in the stadium they won it in just a few months ago.

Tom Brady got the band back together again for another championship run.

Meanwhile, Dak Prescott’s return means the Cowboys will have one of the most complete offences in the NFL if they can stay healthy.

A showdown with a talented Tampa Bay defence will be an excellent showcase of strength versus strength on the opening night of the NFL season.

The Buccaneers opened as a six-point favourite, but that number has already moved to Tampa Bay -6.5.

While neither of these teams is expected to contend for a playoff spot, the quarterback matchup alone will be worth tuning in to watch.

No. 1 overall pick Trevor Lawrence will go head-to-head with the No. 2 overall pick Wilson in the first of what could be several meetings between the top picks in their NFL careers.

The fact that the league scheduled this game for Week 16 means we should see both rookies on the field as long as they are healthy.