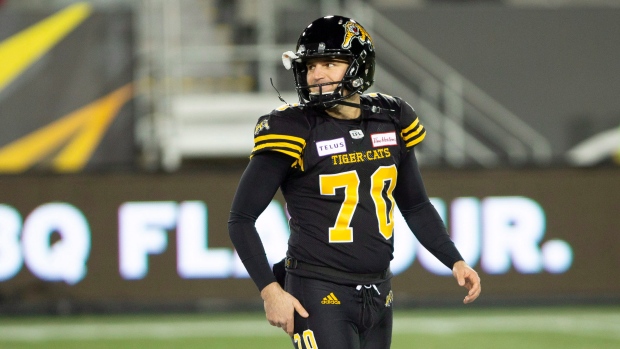 The Canadian Football League playoffs kick off this weekend with the BC Lions taking on the Hamilton Tiger-Cats in the Eastern Semi-Final followed by the Winnipeg Blue Bombers visiting the Saskatchewan Roughriders in the Western Semi-Final.

In total 30 players and two coaches that have represented Canada on the international stage or competed for their province at a Football Canada Cup tournament are amongst the four teams competing.

Of the 17 players on a roster for the Eastern Semi-Final, six of them have played for the Junior National Team. Lions' wide receiver Shaquille Johnson and offensive lineman David Knevel, and Tiger-Cats running back Mercer Timmis helped Canada claim gold at the 2012 IFAF World Junior Championships on a team coached by current Ottawa Redblacks defensive coordinator Noel Thorpe.

Lions' defensive lineman David Menard and linebacker Rom Omara, and Ticats kicker Lirim Hajrullahu were members of a Canada squad that claimed silver at the 2009 IFAF World Cup. Hajrullahu was also a member of Canada's IFAF Senior Men's team in 2011.

There are 13 players with provincial and international experience on a roster for the Western Semi-Final. Blue Bombers linebacker John Rush was also part of Canada's 2012 gold medal-winning squad at the 2012 IFAF World Junior Championship.

Rush was also a member of the World Team as well as Roughriders quarterback Brandon Bridge (2010), and Blue Bombers offensive lineman Matthias Goosen, who played in both 2011 and 2012.