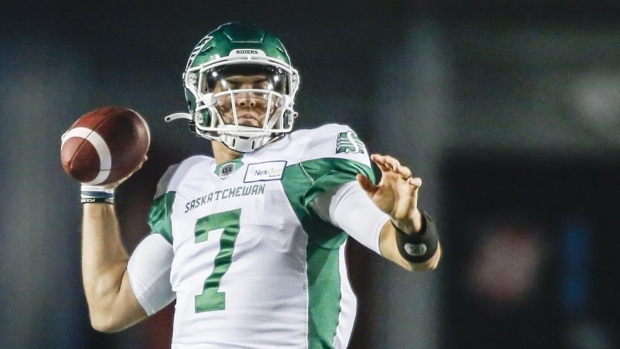 We got off to a great start last week, going 3-1 in the first edition of 3rd and 1. It would have been a clean sweep if the Hamilton Tiger-Cats didn’t blow a massive lead, but that’s sports!

With that being said, let’s not waste any time and get right into the picks for this week.

Last week the Saskatchewan Roughriders came through in the fourth quarter to cover the spread against the Elks, and this week I’m taking them again. I like the Roughriders to start Week 3 with a win over Montreal and I expect them to cover the spread as well. No slight against the Alouettes, because they would probably be 2-0 right now if William Stanback never went down, but they’re just too banged up for me to trust them against the Riders, even if it is their home opener.

The Calgary Stampeders should probably be 0-2 right now instead of 2-0, but that’s just the way she goes. I don’t know if the Stampeders will cover the spread against the Elks considering it’s up to 8.5 at FanDuel Canada, but I definitely like the Stamps to get the win in this spot. Calgary has put together two straight 4th quarter comebacks, but this week I expect them to have the lead heading into the 4th and for most of the game. Calgary has allowed 57 points through two games, while the Elks have combined to score just 31 points in two games.

The Ottawa Redblacks put up a solid fight in back-to-back games against the Winnipeg Blue Bombers, but the back-to-back Grey Cup champions found ways to get the win. We should get an entertaining battle out of this Grey Cup rematch, and I like the defending champs to do it again. The Bombers’ running game has struggled through the first two weeks, but the Ticats’ running game has been completely non-existent. Hamilton has great pieces on offence, but until they can figure out a running game and hold onto leads in the 4th quarter they might have some issues grabbing wins.

The Roughriders are working on a short week but that’s not going to scare me away from them on my bet slips or in CFL Fantasy. Through two weeks, it’s pretty clear that Evans is Fajardo’s go-to receiver, and even though he’s only caught half of his passes he still has 9 catches on 18 targets through two games for 173 yards. He has twice as many targets as Kian Schaffer-Baker and more than twice as many receiving yards. Evans has put up 13 points each week so far this year, and I think this is the week he tops that with a touchdown.