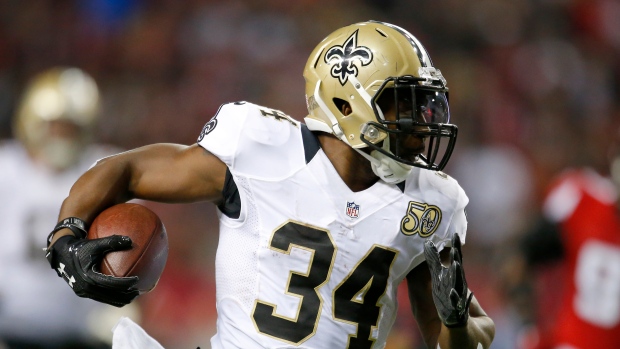 General manager John Lynch announced the addition Saturday of another back to add depth behind Carlos Hyde.

Hightower has experience playing for new 49ers coach Kyle Shanahan. He was in Washington in 2011 when Shanahan was offensive co-ordinator.

Hightower missed the next three seasons with complications from a knee injury and spent the past two years in New Orleans. He had 133 carries for 548 yards last season with four touchdowns. He added 22 catches for 200 yards and a score.

In six years with Arizona, Washington and New Orleans, Hightower has rushed for 2,977 yards with a 4.0 average per carry and has 162 receptions for 1,208 yards.