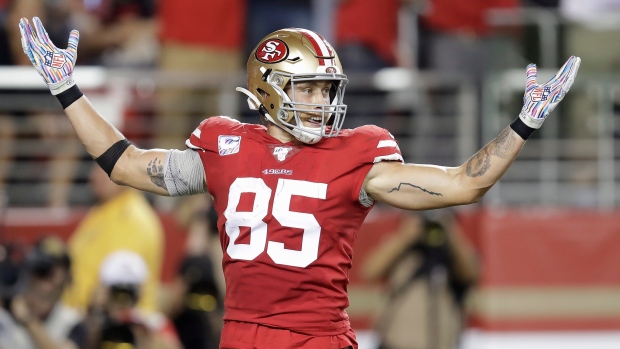 The San Francisco 49ers will be without their number one offensive target for another week as head coach Kyle Shanahan announced on Wednesday that tight end George Kittle will miss Sunday’s game against the Arizona Cardinals.

Kittle suffered a knee and ankle injury during the 49ers Week 9 victory over the Cardinals that forced him to miss Monday’s game against the Seattle Seahawks.

The 49ers suffered their first defeat of the season at the hands of the Seahawks 27-24 in overtime.

49ers tackle Joe Staley will also miss a few weeks after having surgery on his dislocated finger according to Shanahan.