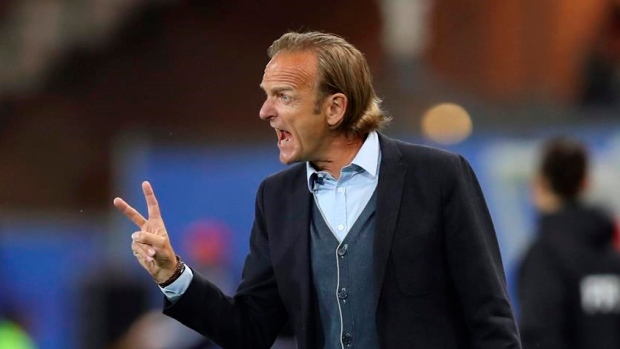 Canada Soccer has once again made a surprising announcement regarding a coaching change for the Canadian national women’s team.

Kenneth Heiner-Moller will be stepping down as head coach of the women’s squad, leaving his role in August. The Dane will be returning to his home country to become the head of coach education for the Danish Football Association.

Heiner-Moller has been at the helm of the women’s team since January 2018, when his predecessor, John Herdman, unexpectantly left his post to become the head coach of the Canadian men’s national team. Heiner-Moller was an assistant under Herdman and part of the staff that helped guide the team to a second consecutive bronze medal at the 2016 Rio Olympics.

Heiner-Moller’s 32 months with the team is the second-shortest tenure as head coach in the team’s history; the much-maligned Carolina Morace lasted two months fewer. Her era with the squad was mired in clashes with Canada Soccer, and she is probably best remembered for leading Canada to a last-place finish at the 2011 FIFA Women’s World Cup before promptly resigning.

For Heiner-Moller, his stint with the team wasn’t nearly as contentious, and the players clearly admired him.

After the news of his departure broke, captain Christine Sinclair tweeted, “I sure am going to miss playing for Kenneth . His ability to push and get the most out everyone while truly caring about each individual is something I’ve rarely experienced.”

Forward Janine Beckie echoed the sentiment in a tweet of her own: “Thank you for pushing & challenging us, laughing & crying with us, and truly believing in us. It was an absolute pleasure to play for you.”

But that’s not to say his tenure wasn’t without its problems. He finishes with a record of 20 wins, five draws and 10 losses (for comparison, Herdman posted 62 wins, 14 draws and 32 losses in 108 matches with the women’s team).

But the Heiner-Moller era both began and ended on shaky ground. The Canadians are currently tied as the eighth-ranked team in the world; they were fifth when Heiner-Moller inherited the squad.

Heiner-Moller knew he had big shoes to fill following Herdman’s departure. The Englishman was beloved by players and fans alike, and he had led the team to unprecedented success. At one point, Canada was ranked fourth in the world, the country’s all-time best mark.

Heiner-Moller was quickly thrown into the fire, as Canada Soccer announced his promotion on the same day as Herdman’s transfer, a move that was criticized by some for not looking at external candidates or expanding the recruiting process.

Heiner-Moller did have experience as a head coach, helming the Danish women’s national team from 2006 to 2013. He helped elevate the squad to No. 6 in the world rankings, an all-time high for the country, and led the Danes to the semifinals of the 2013 UEFA Women’s Championship. However, under his direction, Denmark also fell out of the top 10 in the FIFA rankings for the first time since the system was introduced in 2003.

The Dane made his debut as Canada’s coach at the 2018 Algarve Cup.  It was an inauspicious start, as the Canadians lost 3-1 to Sweden in the tournament opener. Speaking to TSN in 2019, Heiner-Moller said he remembered the game “very vividly.”

“That was my first game as a head coach and having a very poor performance in the first match inspired this group to bounce back. Sweden was definitely a good team, but that was not the reason why we lost that match. The way we lost that match was a bit disturbing,” he said.

Canada did bounce back to win its final three games of the tournament. They finished 2018 with a record of eight wins and four losses, with all four of those defeats coming against top-tier teams (Sweden, France, Germany and the United States).

Heiner-Moller also led the team to a World Cup berth, with Canada finishing second at the 2018 CONCACAF Women’s Championship. The Canadians won their first four games of the tournament by a combined score of 24-1 before losing 2-0 to the Americans in the final.

It was during his first year that Heiner-Moller began to experiment with the lineup. He used a different starting eleven in each of his first six games as head coach. In a friendly against Germany in June, he rolled out a 3-5-2 formation. The three players on the backline left Canada exposed defensively, and Germany was able to pounce in the opening minute before ultimately winning 3-2. The formation would become a point of contention for critics and fans over the years, and also played a role in Canada’s downfall at the 2019 Women’s World Cup.

Canada posted five wins and three draws in the eight games leading up to the 2019 FIFA Women’s World Cup in France. While on paper the zero losses were impressive, there were still some concerns with the team.

The Canadians scored just eight goals in those eight games, with three of them coming against lower-ranked Mexico. They were shut out in three of those games.

Moreover, many criticized the quality of opponents Canada faced in the team’s build up for a major tournament. Only two of the teams at the time were ranked in the top 10: Sweden and England. Canada’s other opponents included Norway and Spain (both ranked 13th at the time), Scotland (20th), Iceland (22nd), Mexico (26th), and Nigeria (38th).

Heiner-Moller also waited until the 11th hour before revealing his roster for the World Cup. Speaking to TSN before Canada’s friendly against Mexico on May 15, 2019, Heiner-Moller said, “It’s just about making sure we’ve got the right players, all 23 of them, not just 18 of them.”

With the benefit of hindsight, this comment now stands out, as Heiner-Moller only used 16 of his 23 players during the 2019 World Cup – seven of them did not see the field at all. The Dane was criticized for his use of subs, especially during Canada’s tournament opener (a 1-0 win against Cameroon), where Heiner-Møller only made one substitution.

The Canadians finished second in their group, defeating New Zealand 2-0 and losing 2-1 to the Netherlands, the eventual runners-up of the tournament. But Canada’s championship dreams came to a crashing halt with a 1-0 loss to Sweden in the round of 16. The tournament was over for a team that entered with high expectations, and the same criticisms resurfaced.

Canada’s offensive struggles were evident. They had four goals in four games, by far the fewest of the top-five ranked teams in the world. The Canadians averaged 3.5 shots on target per match, ranked 15th out of 24 teams. For comparison, the Americans, who won the title, averaged 8.6.

The 3-5-2 formation once again haunted the team, especially in the match against Sweden. The Scandinavians were aware of the tactic, as Heiner-Moller had used the formation against the Swedes earlier that year at the Algarve Cup. Sweden was prepared for it and was able to expose the holes on the Canadian backline to score the lone goal of the game.

Things did not get better for Heiner-Moller and Canada after the World Cup. The Canadians did not play another match for over three months. They then suffered consecutive 4-0 defeats to Japan and Brazil.

It was a demoralizing period for the Canadians, who appeared lost on the field. They had lost four straight games, outscored 11-1 over the stretch, and had been held scoreless in three straight games for the first time since 2013.

Heiner-Moller once again employed the 3-5-2 formation against Japan. In an interview with The Equalizer last November, he defended his decision.

“It’s very much performance-based. They have to be defenders slash midfielders. I don’t think it’s a problem, because [we] played against New Zealand and against Sweden. They knew it because we played it at the Algarve. It’s kind of personnel-based more than anything,” he said.

While the team did end the year on a high note, defeating New Zealand 3-0, they fell to eighth in the FIFA rankings.

Canada began 2020 by punching its ticket for the Tokyo Olympics, with the qualifiers highlighted by Sinclair’s record-breaking 185th international goal.

The team had a much more challenging schedule planned as a build-up for the Tokyo Games. They participated in the Tournoi de France earlier this year against three of the top teams in the world.  The Canadians finished third, earning draws with Brazil and the Netherlands while losing 1-0 to France.

Canada had planned for a friendly against seventh-ranked Australia in Vancouver in April, but the COVID-19 pandemic cancelled that match and delayed any of the team’s plans.

With the Tokyo Olympics postponed until 2021, Heiner-Moller’s time with the club has come to an anticlimactic conclusion, and it will be up to his successor to lead Canada to a third straight podium finish.