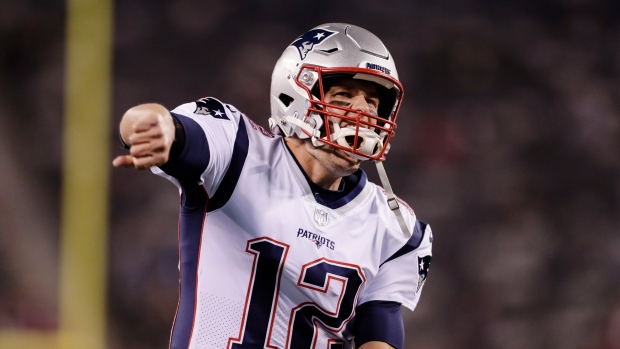 For years, rumours have swirled about how long Tom Brady would play and whether he would ever leave New England. Those rumours grew louder Monday Night.

Prior to the Patriots' showdown against the New York Jets on Monday Night Football, ESPN's Adam Schefter speculated that the 42-year-old quarterback could leave the Pats following the conclusion of the 2019 season.

“Let’s just boil this down to the basic facts. Once again, when we talk about Tom [Brady] and his future, let’s look at some simple things. Has he put his home for sale? Yes. Has his trainer put his home for sale? Yes. Has he set up his contract to void after the season to become a free agent? Yes. So if he’s selling his home and his trainer is selling his home and he’s voiding his contract, what does that tell you?" Schefter said on Monday Night Countdown.

“Now listen, there are many times people set up things in their life to move on and they walk to the abyss and they look down and they say ‘Woah, I’m not jumping now.’ So he could change his mind. But I’m just telling you if you look at it in his mind it has to be clear. He’s thinking about leaving New England.”

Schefter added he believes there would be a half-dozen or a dozen franchises interested in him should Brady decide to explore playing elsewhere.

Brady has spent his entire year in New England, beginning all the way back in 2000, winning six Super Bowl titles in that stretch.

Entering Monday's matchup with the New York Jets, Brady has 10 touchdown passes to go along with three interceptions while leading his team to a 6-0 record.

The Pats will host the Cleveland Browns in Foxborough in Week 8.