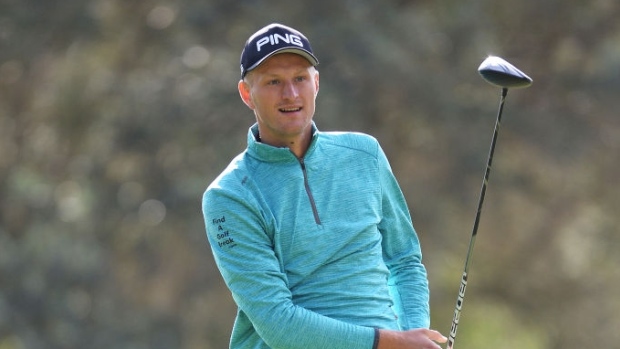 MALELANE, South Africa — Adrian Meronk clung on to take a one-shot lead into the final round of the European Tour's Alfred Dunhill Championship as a couple of home players made big charges on Saturday.

Meronk went to 14 under par overall at Leopard Creek Country Club in South Africa with a 1-under 71 that included three birdies but also two bogeys.

It was subdued from Meronk but enough for the overnight leader to stay ahead, although his three-shot lead from Friday was whittled down.

Meronk has already made history here as the first Polish player to lead a European Tour event and is honing in on a maiden tour victory for himself and his country.

Jayden Schaper of South Africa made the biggest move with a 5-under 67 to go second on 13 under, and he saved the best for the end with an eagle and two birdies on his last four holes.

Another home player, Christiaan Bezuidenhout, is third on 11 under after a 68. He picked up all five of his birdies on the back nine.

Sean Crocker of the United States and Adri Arnaus of Spain were tied for fourth, four shots off Meronk's lead.

Denmark's Joachim B. Hansen saw his round spoiled by an eight at the par-4 No. 11. Last week's winner at the Joburg Open was in a tie for second overnight but dropped into a tie for sixth and five shots off the pace after his 73.