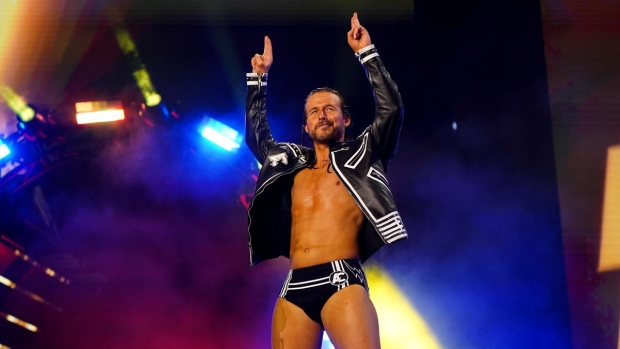 Owen Hart Foundation Cup semi-final match: Adam Cole vs. Jeff Hardy - The first finalist for the Owen Hart Foundation Cup will be determined on Wednesday night when Adam Cole takes on Jeff Hardy. Cole reached the second round via a hard-fought submission victory over FTR's Dax Harwood on last week's Dynamite, utilizing the hold made famous by the Hart family - the Sharpshooter. Hardy prevailed in a wild match against Darby Allin in which both men threw caution to the wind and put their bodies on the line. This will be the first ever meeting between two men who have combined for 33 major honours. Hardy is the lone wrestler in the tournament to have actually wrestled a singles match against Owen Hart, losing in the opener of the Dec. 11, 1995 edition of Monday Night RAW. The tournament is of great significance for both men. A win for Hardy would be the perfect way to announce his arrival in AEW, while a victory for Cole would be the ultimate bounce-back from coming up short in his quest to unseat AEW World Heavyweight Champion "Hangman" Adam Page. Which of these two former world champions will emerge victorious?

Owen Hart Foundation Cup first-round match: Kyle O'Reilly (w/ Bobby Fish) vs. Rey Fenix (w/ Penta Oscura, PAC and Alex Abrahantes) - Kyle O'Reilly gained entry to the Owen Hart Foundation Cup with a victory over Jungle Boy, while Rey Fenix was victorious over Dante Martin. While winning the tournament would be a feather in the cap for anybody who wins it, it holds special significance for Kyle O'Reilly as the only Canadian entrant. "This will be my toughest test in AEW to date," O'Reilly wrote on Twitter earlier this week. Win or lose, I hope to honour the legacy of Owen Hart and his family. Competing as the only Canadian in this tournament, I feel the pressure…and it makes me feel alive!" O'Reilly, the former ROH World Champion, is looking for his first signature singles win in AEW and a victory against Rey Fenix could be it. For Fenix, the stakes are high, as well. The match marks Fenix's most difficult challenge since coming back from a lengthy spell on the sidelines with an arm injury. Though this will be his fourth match since his return, a submission specialist like O'Reilly could very well test just how healed up Fenix's arm is. And if taking on O'Reilly wasn't enough of a challenge, Fenix will have to entertain the possibility of an appearance from the House of Black (Malakai Black, Brody King and Buddy Matthews), with whom Fenix and the rest of Death Triangle are embroiled in a bitter feud. Will O'Reilly move on or will Fenix continue rolling in his return?

Owen Hart Foundation Cup first-round match: ROH World Television Champion Samoa Joe vs. The Joker - Samoa Joe earned passage into the Owen Hart Foundation Cup with a victory over The Acclaimed's Max Caster, but he now faces uncertainty. Unlike the seven other men in the tournament, Joe has no idea who to prepare for because the Joker's identity has been kept under wraps. He does know who it isn't, though, as former protege Jay Lethal and his new hulking associate Satnam Singh told Joe last week that it wasn't them. Of course, that could have just been mind games from the man looking to take Joe's ROH World Television Championship off of his hands. With the looming threat of Lethal, Singh and Sonjay Dutt hanging over Joe, the Samoan Submission Machine will have to do his best to concentrate on the match at hand, even if he doesn't have any clue who his opponent might be. Can Joe prevail over the unknown or will the Joker move on to the semi-finals?

Owen Hart Foundation Cup first-round match: Dr. Britt Baker, DMD (w/ Rebel and Jamie Hayter) vs. The Joker - For somebody already convinced that there's a vast conspiracy against her, former AEW Women's World Champion Britt Baker can't be happy to be in the same boat as Samoa Joe as being the only one of eight competitors in the Owen Hart Foundation Cup who doesn't know who her opponent is. Of course, taking on a mystery opponent won't deter the supremely confident Pittsburgh native. After watching her associate Jamie Hayter bow out of the tournament last week in a loss to Toni Storm, Baker would love nothing more than to win Wednesday night's match to set up a meeting with Storm in the semis. Not only would that provide her with an opportunity to avenge Hayter, it's also a chance to even the score against Storm, who pinned Baker in a tag-team match last month. Will Baker move on to the semi-finals or will her mystery opponent prove to be too much?

AEW World Champion "Hangman" Adam Page vs. Konosuke Takeshita - Adam Page is not in a good mood as he heads into the defence of his AEW World Championship against CM Punk at Double or Nothing on May 29 in Las Vegas. It appears that Punk has gotten into the champ's head. After being offered a handshake on last week's Dynamite by the former WWE Champion, Page chose to flip him off. It seems as if Page isn't all that convinced by the new CM Punk that we've seen in AEW and believes that the manipulative Punk of old still exists behind that smiling veneer. An angry Adam Page could be a dangerous one and Konosuke Takeshita could be about to find that out in the DDT star's highest profile match in North America to date. While Takeshita's resume is nothing to sneeze at (he's a five-time KO-D Openweight Champion, DDT's highest singles honour), he heads into the match with Page as a heavy underdog. Perhaps the lowered expectations for Takeshita could play to his advantage and help him surprise the champ, but Page is unlikely to take this match as anything but deadly serious as he looks to send a message to Punk, who will be sitting in on commentary for the bout.

- After agreeing to his terms for a match at Double or Nothing, Wardlow must receive 10 lashes from Maxwell Jacob Friedman to fulfill his end of the bargain.

- Last week, "The Wizard" Chris Jericho took a punch to the face from William Regal and now the two men who have met in the ring dozens of times over the years will meet again face to face on Wednesday night.