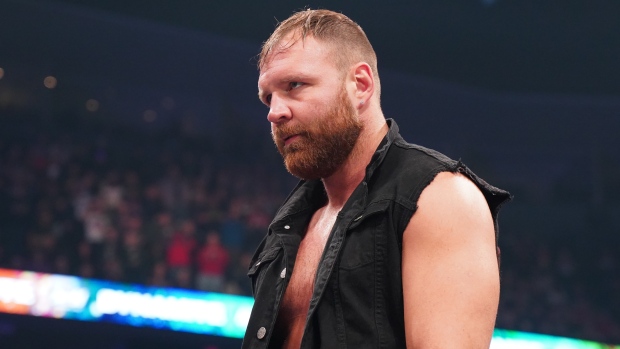 A Casino Battle Royale will kick off Dynamite with the winner meeting Jon Moxley in the main event for the chance to compete for the interim AEW World Championship at Forbidden Door. Plus "Hangman" Adam Page returns to action against NJPW's David Finlay and Death Triangle's PAC takes on Buddy Matthews of the House of Black. You can catch AEW Dynamite LIVE at 8pm et/5pm pt on TSN2, streaming on TSN Direct and on TSN.ca.

Casino Battle Royale for the right to face Jon Moxley for an interim AEW World Championship match at Forbidden Door - The AEW World Championship picture was thrown into turmoil last Friday on Rampage when new AEW World Champion CM Punk revealed he was going to be sidelined for impending surgeries. Punk had only just won the world title from "Hangman" Adam Page at Double or Nothing and was set to defend it at Forbidden Door later this month against eight-time IWGP Heavyweight Champion Hiroshi Tanahashi in a first-time dream match. With Punk out of the picture, AEW president Tony Khan has moved quickly to address the situation. A Casino Battle Royale will kick off Dynamite with the winner advancing to the show's main event to take on former AEW World Champion Jon Moxley. The victor between Moxley and the battle royale winner will wrestle for the interim AEW World Championship at Forbidden Door. His opponent at the pay-per-view will be the winner of Tanahashi vs. Hirooki Goto set for New Japan's Dominion show on June 12. Who will emerge from this high-stakes Wednesday night with a shot at gold?

"Hangman" Adam Page vs. David Finlay - Former AEW World Champion "Hangman" Adam Page returns to action for the first time since dropping his title to CM Punk at Double or Nothing when he takes on third-generation star David Finlay. The former IWGP and Impact World Tag Team Champion is making his AEW debut on Wednesday night. Finlay is the son of WCW and WWE great Dave "Fit" Finlay, one of the toughest men and smartest minds in pro wrestling. While working in a tag team alongside Juice Robinson over the past several years, Finlay is now striking out on his own with Robinson's defection to Bullet Club. A singles victory over Page would be the biggest of his career. But Page has much to prove himself. The former champion is ready to get right back on the horse (pardon the pun) and put himself right back into title contention. Though this is a first-time meeting, you can forget about a refocused Page overlooking Finlay. Can Hangman once again declare his intent or will Finlay make his first night in AEW one to remember?

"The Bastard" PAC (w/ Penta Oscura, Rey Fenix and Alex Abrahantes) vs. Buddy Matthews (w/ Malakai Black, Brody King and Julia Hart) - In another first-time encounter on Wednesday night, PAC of Death Triangle takes on the House of Black's Buddy Matthews in what should be a thrilling bout. Though these two have never met one-on-one, they're eminently familiar with one another with the feud between each man's faction still burning hot. House of Black came out on the winning end at Double or Nothing, but only thanks to the intervention of Julia Hart. "The Bastard" will have that defeat fresh in his mind on Wednesday night. PAC will perhaps be able to draw from his battles with Kenny Omega, a man whose in-ring style is similar to Matthews's, to inform his strategy for the match. A victory on Wednesday will go a long way for PAC to signal to House of Black that their feud with Death Triangle is far from over.