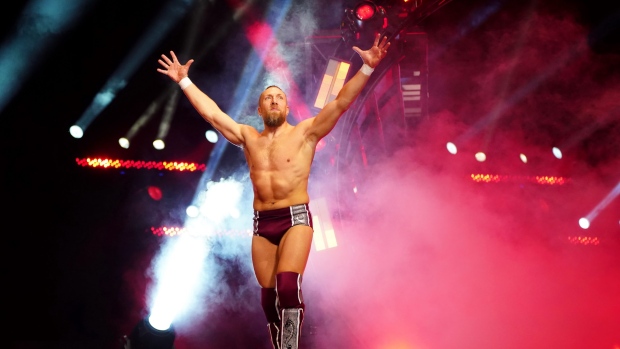 "The American Dragon" Bryan Danielson takes on Matt Sydal only 48 hours before the Anarchy in the Arena match at Double or Nothing. Plus, Kris Statlander meets Ruby Soho for a spot in the Owen Hart Foundation Cup final and the Young Bucks (Nick Jackson and Matt Jackson) are in action. You can catch AEW Rampage LIVE at the special time of 6:30pm et/3:30pm pt streaming on TSN Direct and on TSN.ca.

"The American Dragon" Bryan Danielson vs. Matt Sydal - Should Bryan Danielson even be wrestling on Friday night? On last week's Rampage, the Blackpool Combat Club (Danielson and Jon Moxley) were victorious over Matt Sydal and Dante Martin, but were jumped by the Jericho Appreciation Society after the match. During the chaos, Danielson got his leg stuck in between the entrance ramp and the ring and it took several minutes for him to be extricated. On Wednesday night, Danielson joined Santana and Ortiz in coming to the aid of Eddie Kingston and Moxley after an attack from the JAS, but was clearly favouring that leg. So only 48 hours before Danielson, Moxley, Kingston, Santana and Ortiz meet the JAS in a no-disqualification Anarchy in the Arena match at Double or Nothing, Danielson will be facing savvy veteran Matt Sydal on Rampage. While Danielson defeated Sydal last week, taking on Sydal this close to Sunday is a huge risk. The match will mark the first singles meeting between the two wrestlers in nearly 15 years. Danielson picked up wins in both of their prior two singles matches. Can Danielson continue to build momentum headed into Double or Nothing or will Sydal topple an injured American Dragon?

Owen Hart Foundation Cup semi-final match: Ruby Soho vs. Kris Statlander - Ruby Soho and Kris Statlander once again meet in tournament action on Friday night as the two square off for a spot in the Owen Hart Foundation Cup final and a date with Dr. Britt Baker, DMD, at Sunday night's Double or Nothing pay-per-view. These two women previously faced off in the quarterfinals of the TBS Championship Tournament where Soho moved on with a rollup. A spot in the final will mean something different for each woman. For Statlander, it will be vindication for changing her outlook in recent weeks and adopting a more serious style. For Soho, it's another opportunity to test herself against Baker, after the former AEW Women's World Champion retained her title over Soho at last fall's AEW Grand Slam at Arthur Ashe Stadium in Queens. Both women know that winning the Owen Hart Cup would propel them into title contention, something Statlander and Soho would both cherish. Which of these women will emerge victorious?

- The Young Bucks (Nick Jackson and Matt Jackson) will be in tag-team action for the first time since coming up short against FTR (Dax Harwood and Cash Wheeler) in a title match for both of the ROH World Tag Team Championship and the AAA World Tag Team Championship on the Apr. 6 edition of Dynamite as they prepare to meet The Hardys (Jeff Hardy and Matt Hardy) at Double or Nothing