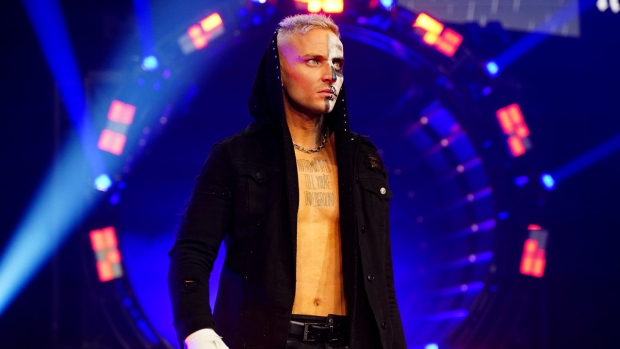 Darby Allin takes on Shane "Swerve" Strickland in an Owen Hart Foundation Cup qualifier. Plus, Samoa Joe makes the first defence of his ROH TV Championship against Trent Beretta and TBS Champion Jade Cargill is in trios action. You can catch AEW Rampage at 10pm et/7pm pt streaming on TSN Direct and on TSN.ca.

Owen Hart Foundation Cup qualifying match: Darby Allin (w/ Sting) vs. Shane "Swerve" Strickland - Two stars from the Pacific Northwest do battle on Friday night with a spot in the Owen Hart Foundation Cup on the line when Seattle's Darby Allin meets Shane "Swerve" Strickland of Tacoma, WA. With both men hailing from the same region, Allin and Strickland are no strangers to one another and have crossed paths numerous times in the past, but not recently. In their last meeting for DEFY Wrestling in 2019, Allin picked up the victory in a hard-fought 20-minute match. It was the first time that Allin had defeated Swerve in one-on-one competition. Victory in Friday's match comes with an additional prize: a berth in the Owen Hart tournament, joining the previously qualified Kyle O'Reilly, Adam Cole and Dax Harwood. Which of these two combatants will enter the tournament?

Trios match: TBS Champion Jade Cargill and the Baddies (Kiera Hogan and Red Velvet) (w/ "Smart" Mark Sterling) vs. Skye Blue, Willow Nightingale and Trish Adora - Fresh off her 30th singles victory in retaining the TBS Championship last week against Marina Shafir, Jade Cargill returns to action with the Baddies in tow to take on Skye Blue, Willow Nightingale and Trish Adora in trios competition. It will be the first trios match of Cargill's young career. While Skye Blue and Willow Nightingale are known commodities for their opponents, this will be Trish Adora's first appearance in AEW in some time. She has only wrestled one match in AEW before, coming out on the losing end against Riho on an edition of Dark: Elevation last fall. For those unfamiliar with Adora, she's both well-traveled and very talented. Having spent time in ROH, GCW and Beyond Wrestling among other promotions, Adora has stepped in the ring with the likes of Allie Katch, Billie Starkz and Deonna Purazzo. It would be incredibly dangerous for the team of Cargill, Kiera Hogan and Red Velvet to sleep on her. Can Cargill and co. keep rolling or will Blue, Nightingale and Adora pick up the upset?

"Limitless" Keith Lee vs. Colten Gunn (w/ Austin Gunn) - Colten Gunn makes his singles debut on Rampage, but he's probably picked the wrong guy to make it against if we're being honest. When we last saw Keith Lee on the Apr. 13 edition of Dynamite, he was pinned after a massive spinebuster by Powerhouse Hobbs. It was Lee's first loss in AEW and the best way to make sure he doesn't dwell on it is to get back to winning again. Lee and Shane "Swerve" Strickland defeated The Factory's Aaron Solo and Nick Comoroto on Dark last week to get the ball back rolling again, but Lee is certain to see Gunn as an opportunity to take out some frustrations and once against signal his intent. Is Colten Gunn in for a long night?

ROH TV Championship match: Samoa Joe (c) vs. Trent Beretta (w/ Chuck Taylor and Orange Cassidy) - After defeating Minoru Suzuki for the ROH TV Championship, Samoa Joe makes his first defence of the title against Trent Beretta on Friday. While Beretta is mostly known as a tag-team specialist and one half of both Best Friends (with Chuck Taylor) and Roppongi Vice (with Rocky Romero), he's still eminently capable of giving Joe trouble and capturing singles gold. Joe will need to stay focused on the task at hand, but will his mind be elsewhere? The threat of former protege Jay Lethal, Sonjay Dutt and the monstrous Satnam Singh loom large on Joe's mind right now. They've vowed to make life difficult for "The Samoan Submission Machine," but Joe can ill afford to give any attention to anybody but Berettta. Will Joe's first title defence be a successful one or will Beretta end it before it even gets started?