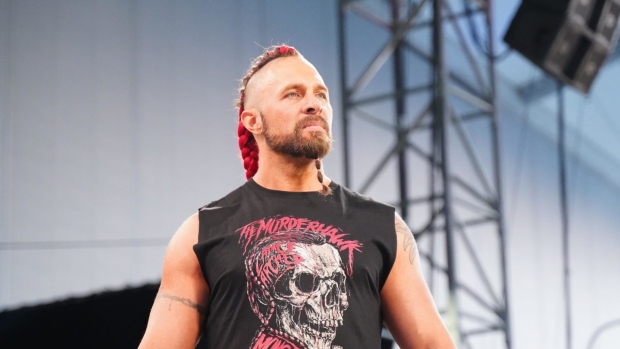 Payback has been a driving force in professional wrestling for decades, but the kind that has motivated Lance Archer lately has nothing to do with vengeance – it’s gratitude.

After working alongside Minoru Suzuki for nine years in New Japan Pro-Wrestling as part of the Suzuki-gun stable, All Elite Wrestling’s “Murderhawk Monster” has had the opportunity to pay back Suzuki for his mentorship and hospitality over the years in recent weeks with the legendary Suzuki coming to the United States for an extended stay.

“Going over there, I was the foreigner, I was the gaijin, and now in the States, he’s the gaijin, he’s the foreigner,” Archer told TSN.ca of reconnecting with Suzuki. “It was actually pretty cool because New Japan USA did a couple of shows in the Dallas area in which we teamed on the Sunday night show and then I had him come and stay at my home for a couple of days. I think he really enjoyed that because it was a couple of days off the road, he had one full day where he didn’t have to worry about anything, he got to go stay up in his room that we had for him where he basically just rested all day.”

Knowing the grind of life on the road as a pro wrestler, Archer says the opportunity to stay at somebody’s home, rather than at a hotel, is a rare treat.

“I think it helped him tremendously and he enjoyed that,” Archer said. “And I always enjoy bringing in the guys and letting them get off the road because I know that any time when I’m on the road or when I was in Japan, one of the things that I enjoyed the most was being able to go to someone’s home and feel like I’m back at home. It was fun doing that for Suzuki considering all of the stuff he’s done for me.”

Archer says that Suzuki, who takes on Bryan Danielson in a special one-hour Buy In ahead of Friday night’s Rampage, has been “blown away” by his reception in AEW and it comes at a time when he can’t really receive similar from crowds back home in Japan because of public health ordinances currently in place.

“They’re doing shows, but the fans who are coming to shows aren’t allowed to cheer and they’re not allowed to sing his song,” Archer said. “They can clap in appreciation, but they’re very quiet and they can’t sing ‘Kaze Ni Nare’ [Suzuki’s famous theme] and they can’t yell and scream whenever they enjoy something. And they actually adhere to it, which in the States would never fly. So I think his first time coming out when he faced off with Mox at the [All Out] pay-per-view [in September] and people actually sang the song, it was a big deal for him… I think that’s been the biggest thing for him, whether he was working on an AEW show or an independent show he’s gotten to work on, he’s done a lot with GCW [Game Changer Wrestling] around the country, is the fact that the fans are loud, they’re vocal and they’re enjoying what they’re seeing from him. They’re singing his song when he comes out and I think he’s having a blast right now…I talked to him about it and he was like ‘Oh, I just want to stay!’”

Archer has had the opportunity to tag with Suzuki on a few occasions during his current American sojourn, including in a lights out main event of the Sept. 24 Grand Slam edition of Rampage from Arthur Ashe Stadium in Queens, NY against the team of Jon Moxley and Eddie Kingston. In addition to that match, Archer has recently worked a Texas Death Match against Moxley for the IWGP United States Championship on the July 21 edition of Dynamite and was part of the Casino Ladder Match that main evented last week’s Dynamite. While being involved in matches that have dangerous spots and big bumps is nothing new for the big Texan, he acknowledges that type of match requires a clear head. Overthink things and second-guess yourself at your own peril.

“I think, mentally, it’s always a situation where you can’t hold yourself back,” Archer explained. “I think it’s hesitation that causes most injuries in this business. It’s the little things that cause the biggest injuries in this business. So knowing that you’re going into these situations, knowing that it’s going to be something bigger, harder or being hit with metal objects, chairs, ladders and tables, oh my, you just have to go into it with no trepidation. You have to go into it full speed, 100 miles an hour and hope for the best because, I think, when you hesitate, when you slow down, when you try to be too careful is when you actually get hurt the most.”

On top of the logistics of putting a plunder match together, there is the matter of live television. A giant consideration for any match as is, working a match with the added timing pressures of TV exacerbates the difficulty and raises the stakes for the performers to get things right.

“TV is a different monster altogether,” Archer said. “With TV, it’s a tighter window because it’s two hours and, as your product goes on from start to finish, sometimes you lose time and sometimes you gain time, but you don’t always exactly know [which it is] depending on where you are on the show. A pay-per-view does have a little more leeway, but there are still time constraints to the whole product and if you go beyond [the pay-per-view window], then there’s big money that has to be paid. So I think it’s more of knowing how much time you have, knowing where you’ve got to go and what you’ve got to do, do it with intensity and make it make sense, make it enjoyable and make people have fun whether it’s a television-style product or a pay-per-view-style product.”

As for his in-ring character, Archer says he’s relishing his current tweener (not a babyface, but not a heel, either) role and trying to have as much fun as possible with it.

“It’s a lot of fun because it transitions,” Archer said. “There are some people who give me a little grief and are like ‘Well, what are you? What are you doing?’ Hey, my catchphrase is very simple: ‘Everybody dies.’ So it doesn’t matter if you’re a good guy or a bad guy or somewhere in between, I’m coming for ya. And that’s fun for me.”

While his type of monster character would traditionally be a straight heel, Archer says it’s the fans who have altered the dynamic.

“I think it’s the fans who have kinda turned me babyface because I’ve not really changed anything about this style,” Archer said. “I’m still randomly carrying out victims or beating up people at ringside and things like that. They’re just enjoying it and I get to hear the yelling and screaming when I kick some butt. They’re having fun with it and if we need it, I can flip the switch on them and piss ‘em off and they’ll hate me and boo me or whatever is necessary in that moment. That’s what makes it fun and very open-ended in that sense. ‘The Murderhawk Monster’ will fight anybody and everybody at any time.”

Though Archer says his in-ring style might not have changed, his character beats have and he credits his partnership with the legendary Jake “The Snake” Roberts for aiding the evolution of his persona over the course of his nearly two years in AEW.

“Jake has helped me tremendously,” Archer said. “I think there’s always concern when you go into those new kind of relationships, so when they first told me I was going to be pairing with Jake, I understood the reason for it, because I’ve been in Japan for nine years and coming back into the US market, the very hardcore fan base would know who I am, but the general fan base wouldn’t and he helped draw attention to me and him in a way that me, by myself, wouldn’t have been able to do.”

One of the most compelling and charismatic talkers in wrestling history, Roberts has been instrumental in helping Archer find a voice of his own for the Murderhawk Monster.

“In Japan, it was very simple: Go in the ring, kick some butt, come out of the ring and cut a crazy, loud aggressive promo and it was a very simple formula,” Archer said. “It worked in Japan, but coming into the US, you have to be able to speak, you have to be able to portray those emotions in a way that people can understand them and just yelling and screaming doesn’t always work. As far as character development, I think that’s where Jake has helped me the most in being able to find that voice, to speak the words that go along with the actions in a fun, kinda evil and conniving way. You don’t always have to yell to get your point across and he was able to teach me that in a really cool way.”

As Archer grows, so does AEW. For Archer, the recent arrivals of the likes of Danielson, Ruby Soho, Adam Cole and CM Punk demonstrate the quality of wrestling that the company is currently offering.

“It speaks absolute volumes for the product,” Archer said of AEW’s influx of top free agents. “I think that’s been the fun part for the fan base and part of the reason why AEW is exploding the way it is exploding right now. We were already gaining ground every single week with the product we were already producing, but now you have the names of those guys and girls who are coming into the company and adding to that.”

Archer says he’s thrilled to be a part of such a formative period in the company’s history and excited for what might come next for both him and the AEW audience.

“For me personally, the CM Punks, the Bryan Danielsons, the Adam Coles, I get to step in the ring with them and put my boot in their face and have a good time doing it,” Archer said. “I look forward to that possibility. And there are so many more talents that I haven’t had the chance to step in the ring with in AEW, so I look forward to that, as well. That’s what makes it fun – all of these new, amazing matchups that can and probably will happen at some point in the future of AEW and that keeps our fan base excited and growing. Week to week, you just never know who’s going to show up. That Forbidden Door has been blasted open at this point, whether it’s coming from New Japan or whether it’s coming from Ring of Honor or Impact Wrestling or GCW or somewhere in the UK, Mexico or whatever the case may be. You’ve got all these opportunities for wrestling fantasy booking-style matches to possibly happen.”

While Archer might not know what’s next for him, he does know what he hopes the future holds.

“People ask ‘Do you have dream opponents?’ or ‘Do you have dream matches?’, but mine is always just a dream situation,” Archer said. “For me, it’s to be in the main event of a pay-per-view, fighting for the AEW World Championship and winning it…and being that figurehead for the company, being that monster champion. [Former TNT Champion] Miro was an amazing monster champion, but I think I would present a different style of monster, one that AEW hasn’t had on top yet and will be when I get to that point.”