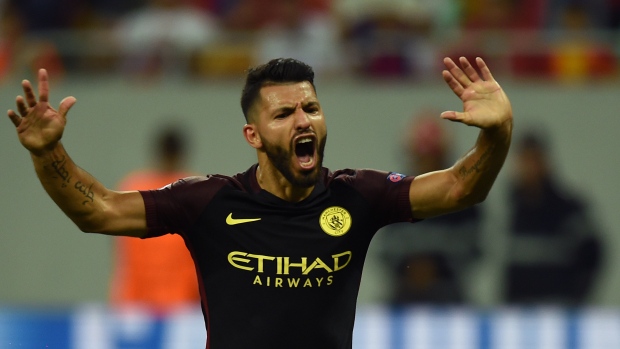 Sergio Aguero hit a hat trick after failing to score from two early penalties as Manchester City thrashed Steaua Bucharest 5-0 in the first leg of their Champions League playoff on Tuesday, virtually assuring a sixth straight season in the group stage.

On a night when City's movement and speed of passing bewildered its Romanian opponent, Aguero had one spot kick saved and saw another clip the bar either side of David Silva's 13th-minute opener.

Aguero sidefooted home from the edge of the area in the 41st, Nolito scored his first City goal, before Aguero added two more in the final 12 minutes in the Romanian capital.