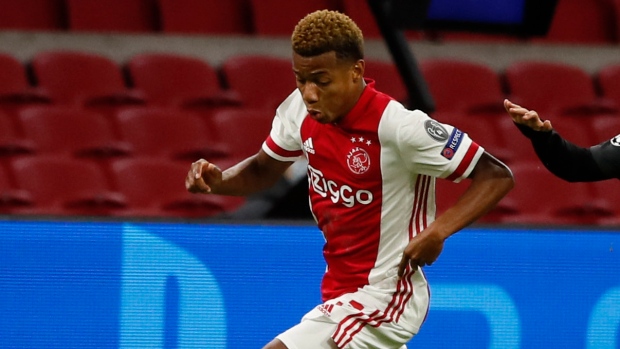 All the goals came within 66 minutes as the margin of success eclipsed Ajax's 12-1 victory over Vitesse in 1972 in the Eredivisie.

Lassina Traore scored five times — the first Ajax player to do so in a league game since Marco van Basten in 1985 — and the 19-year-old forward also had three assists.

There were doubles Jurgen Ekkelenkamp, who netted the 12th-minute opener, and substitute Klaas-Jan huntelaar, whose penalty and second goal came within two minutes.

The record 13th goal by the Dutch champions came from Lisandro Martinez in the 78th.

It fell a goal short of matching the club's record 14-0 win over Luxembourg Red Boys Differdange in 1984 in the now-defunct UEFA Cup.

Ajax was leading only 4-0 at the time host VVV-Venlo had Christian Kum sent off in the 52nd minute.