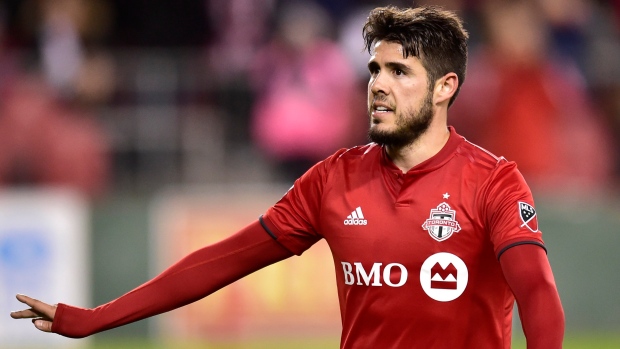 The Galaxy went down to 10 men in the 32nd minute at Dignity Health Sports Park when Aleksandar Katai was red-carded.

A wonder goal by Cristian Pavon gave L.A. the lead before Achara tied it up in first-half stoppage time.

Toronto took the Nigerian-born forward 25th overall in the first round of the 2020 MLS SuperDraft. He helped Georgetown win the NCAA title in 2019.

Mexican forward Javier (Chicharito) Hernandez made his debut for the Galaxy after receiving his work visa earlier in the week.

The Galaxy went ahead in the 37th minute on Pavon's highlight-reel strike.

The Argentine forward beat several defenders running at goal and then hammered a right-footed shot into the top corner from some 25 yards out. The shot was so powerful that Pavon lost balance after hitting it.

Toronto 'keeper Quentin Westberg had to be sharp early in the second, using his hand to stop Hernandez from a Pavon setup.

An injury forced Galaxy defender Danilo Acosta off in the 50th minute.

Eriq Zavaleta, Ayo Akinola, Patrick Mullins and Griffin Dorsey came on in the second half.

Toronto was coming off a midweek 3-1 loss to Los Angeles FC. Prior to that, Toronto downed UC Irvine 2-0 and Colorado 4-0.