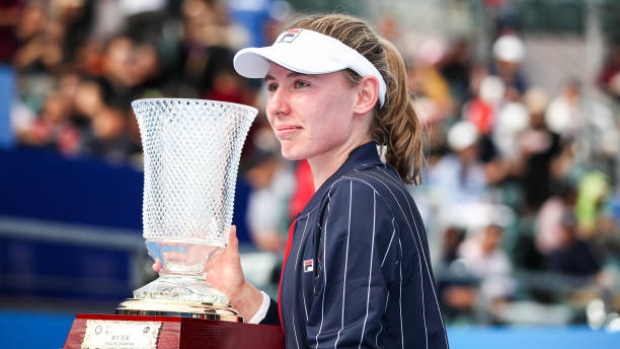 The fifth-seeded Alexandrova lost just one set this week in Shenzhen and extended her winning streak to 10 straight matches.

Alexandrova was playing only her second WTA Tour final and first since Linz in 2018.

For Rybakina, it was her third final in six months. She also lost to Rebecca Peterson in the Nanchang tournament before going down at the last hurdle in Shenzhen on Saturday.

It was also the first WTA Tour match between the two players although Alexandrova won an exhibition match against Rybakina in the Czech Republic recently.