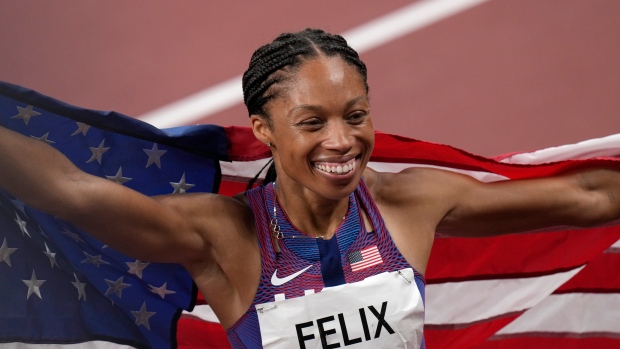 Allyson Felix is hanging up her cleats.

The 11-time Olympic medalist announced on Wednesday that she is retiring at season's end.

"As a little girl they called chicken legs, never in my wildest dreams would I have imagined I'd have a career like this," Felix wrote on Instagram. "I have so much gratitude for this sport that has changed my life. I have given everything I have to running and for the first time I'm not sure if I have anything left to give. I want to say goodbye and thank you to the sport and people who have helped shape me the only way I know how—with one last run. his season isn't about the time on the clock, it's simply about joy. If you see me on the track this year I hope to share a moment, a memory and my appreciation with you."

A native of Los Angeles, Felix has won seven Olympic gold medals and is the most decorated female track athlete in Olympics history. The USC product also owns 13 world titles.