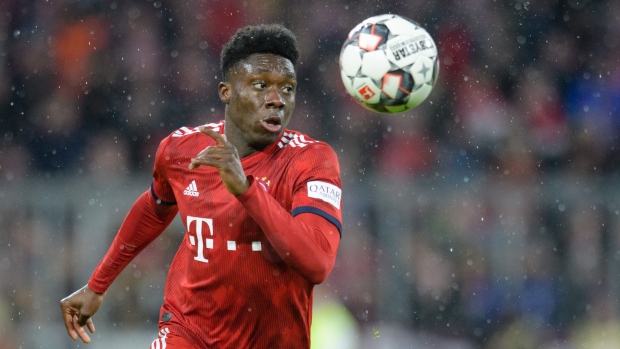 TORONTO — Alphonso Davies and Ashley Lawrence have been named Canada Soccer Players of the Month.

Davies started at left back in all six matches for Bayern Munich in November, including back-to-back wins in UEFA Champions League that moved the German powerhouse into the round of 16.

The 19-year-old Davies, who was born in a Ghanaian refugee camp and raised in Edmonton, has won 17 caps for Canada.

Lawrence started two of three matches for Paris Saint-Germain, which stands second in the French league. The 24-year-old fullback/midfielder from Brampton, Ont., also had two assists in Canada's 3-0 win over New Zealand at an international tournament in China.

Lawrence, who has earned 83 caps for Canada, also won player of the month honours in June.

The awards are administered by the Canadian Soccer Association.

CANADA SOCCER PLAYERS OF THE MONTH