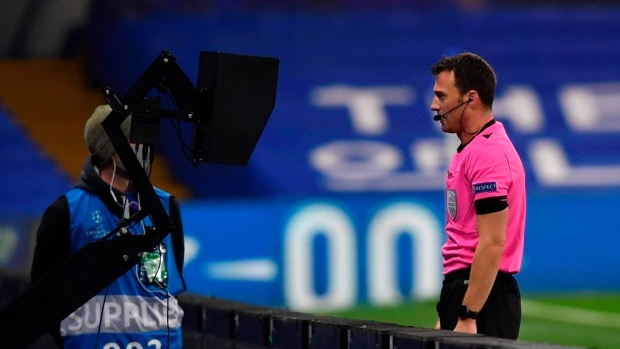 An adjustment to the handball rule will be in effect for Euro 2020, UEFA confirmed on Friday.

According to a rule change that was officially approved in March by the International Football Association Board, an accidental handball by an offensive player in the build-up to a goal will no longer be considered a foul.

The head of UEFA referees, Roberto Rosetti, held a media conference on Friday, one week before Euro 2020 kicks off.

On top of the handball rule, Rosetti said that should a goal be awarded by an on-field official, there must be "clear evidence" for VAR to disallow it.

"Football is about controversial moments and it is not always easy to define the line of intervention for our VARs," Rosetti said. "We want clear evidence to disallow goals - that's it. For factual decisions, we want interventions, just if it's clear."

Rosetti also said that referees will ensure that players do not mob officials in the event of a controversial call or lack thereof.

Should players surround officials, Rosetti said a minimum of at least one yellow card will be issued.