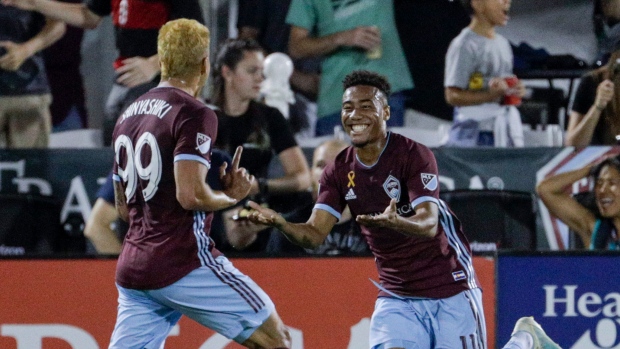 Shinyashiki ripped a first-timer off the bottom of the crossbar to open the scoring in the 41st minute. Sam Nicholson, near the right sideline, played a high cross to Jonathan Lewis on the left side of the area where he played a one-touch pass to Shinyashiki for the finish.

Nicolás Mezquida ran onto a Sounders turnover forced by Keegan Rosenberry near midfield and then rolled it to Rosenberry, whose low cross led Shinyashiki to the top of the 6-yard box where he put away a side-footer. It was the first career multi-goal game for the 22-year old who was the No. 5 overall pick in January's SuperDraft.

The Sounders (13-9-7), who had won back-to-back games, had their three-game unbeaten streak snapped.