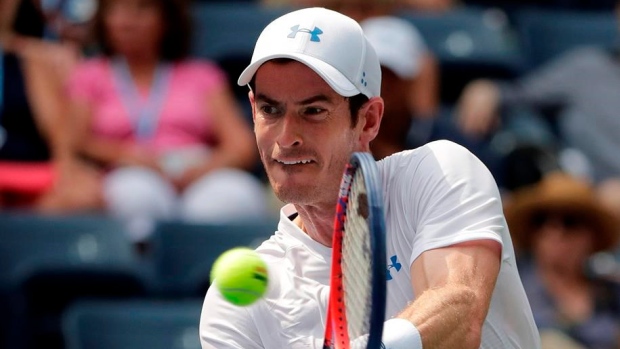 ANTWERP, Belgium — Andy Murray won a tour-level match in Europe for the first time in 16 months Tuesday as he beat Belgian wild card Kimmer Coppejans 6-4, 7-6 (4) at the European Open.

The former No. 1, who is still working his way back to his best after having hip surgery in January, took a 3-0 lead in the first set before double-faulting three times to be broken back. He broke again in the 10th game to seal the set but had to come from a break down twice in the second to force the tiebreaker.

It was the two-time Wimbledon champion's first victory on European soil since beating Stan Wawrinka at Eastbourne in June 2018. He will face eighth-seeded Pablo Cuevas of Uruguay or Bolivian Hugo Dellien in the second round.