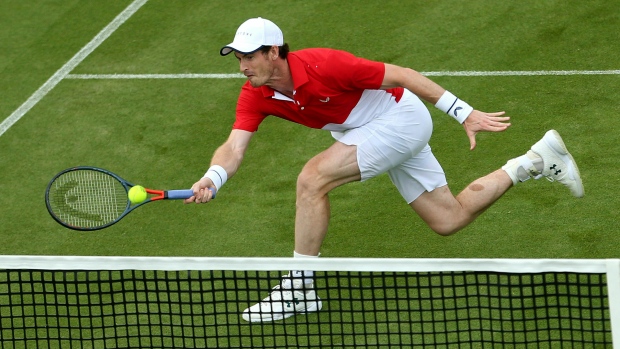 MASON, Ohio — Andy Murray says he has accepted a wild-card invitation to make his return to singles competition at the Western & Southern Open next week.

Murray announced the news on his Facebook page Friday.

The three-time major champion and former No. 1 hasn't played a singles match on tour since the Australian Open in January. At the time, he made it sound as if he would be retiring because of a painful hip that already has been surgically repaired.

But Murray had a second hip operation shortly after that and began playing doubles in June.

He has been cautious about when he might be able to get back on the court in singles.