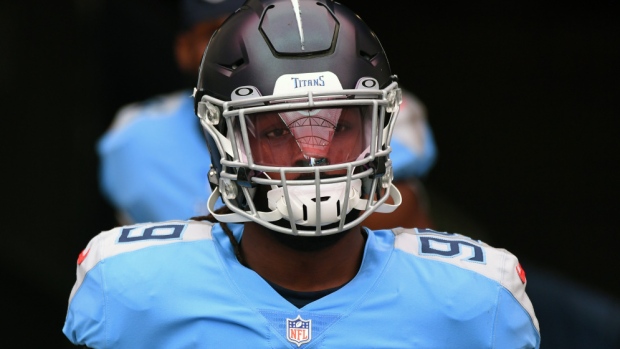 CLEVELAND — The Browns appear to be closing in on Jadeveon Clowney.

Continuing a pursuit that began with a contract offer Clowney turned down last year, Cleveland remains interested in signing the free agent defensive end, a person familiar with the situation told The Associated Press.

The person spoke on condition of anonymity because of the sensitivity of the matter.

Clowney visited the Browns on March 24, and NFL Network reported on Monday that he'll return to Cleveland's headquarters Wednesday — a visit that could include a physical that may lead to a contract agreement.

The Browns offered Clowney a multiyear contract last year, the largest one he received, before he opted to take a one-year, $13 million deal with the Tennessee Titans.

Clowney, who was the No. 1 overall pick in 2014, did not have a sack in eight games before undergoing season-ending knee surgery. Despite his lack of statistics, the Titans insisted that Clowney was effective within their defensive scheme.

The Browns are looking for a pass-rushing end to pair with All-Pro Myles Garrett, and if Clowney signs with Cleveland, the team will have two of the NFL's best edge rushers on the same line.

Clowney may not get to the quarterback with the same frequency as he did earlier in his career, but the 28-year-old is solid against the run and would give offences something else to worry about.

The Browns went 11-5 in the regular season in 2020, ended their long playoff drought, and beat rival Pittsburgh in the wild-card round before losing to Kansas City.

Cleveland has been in the market to upgrade the defensive end spot after Olivier Vernon ruptured an Achilles tendon in the regular-season finale and wasn't re-signed. The Browns signed free agent Takk McKinley to a one-year, $4.25 million contract last month.

General manager Andrew Berry's draft plans could be affected if the Browns sign Clowney. Cleveland has the No. 26 overall pick and will likely add another defensive piece after addressing the unit with several signings in free agency.

The Browns showed some interest in star end J.J. Watt before he signed with Arizona.

Clowney's asking price could be the only impediment to him coming to Cleveland. The Browns won't invest too heavily in him after already committing $125 million over five years to Garrett.

Clowney has dealt with assorted injuries over the past few seasons. He spent five years with the Texans, recording 29 sacks and making the Pro Bowl three times. He played one season in Seattle before going to Tennessee.