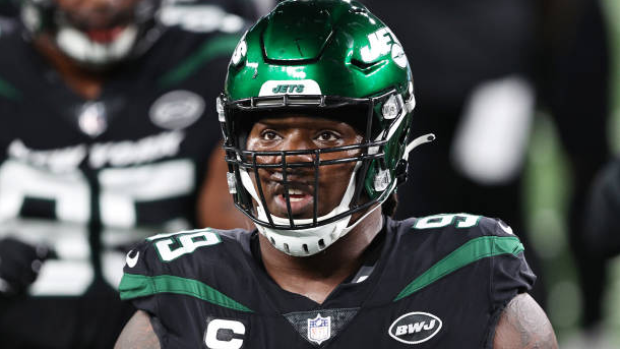 According to a person with direct knowledge of the deal, Tampa Bay also acquired New York's 2023 seventh-round draft pick for the Buccaneers’ sixth-rounder in 2022. The person spoke to The Associated Press on condition of anonymity because neither team had announced terms of the trade.

The deal that was agreed upon Sunday night reunites McLendon with Buccaneers defensive co-ordinator Todd Bowles, who was the Jets' head coach from 2015-18. McLendon will add depth to Tampa Bay's defensive line, which lost Vita Vea to a season-ending broken ankle on Oct. 8.

“Sometimes it takes 5-10 years to get that 1 year that changes your life,” McLendon wrote on Instagram on Monday. "This journey has been nothing but great to me. I have the pleasure of meeting so many new friends, teammates, brothers, loved ones but most (of) all family.

“I want to thank you all for your constant support and with you all God doesn't make any mistakes. As one road comes to (an) end, another one begins.”

The 34-year-old McLendon becomes the second veteran player to part ways with the Jets in the past week. New York released running back Le'Veon Bell last Tuesday after he and coach Adam Gase didn't see eye to eye on how he was being used in the Jets' struggling offence.

“It's something that evolved over the weekend,” Gase said of the McLendon trade. "Obviously, we talked with him and they ended up getting it finalized. It was an opportunity for him to go to compete at a place that is challenging to get in the playoffs. I know it wasn’t an ideal situation for him as far as leaving this group since he has put so much into this team and he was a great leader for us.

“It does give our young guys more opportunities, but it was just kind of one of those things where both sides thought it was the best thing to do.”

With the Jets 0-6 for the first time since 1996 and the NFL's only winless team, New York could be far from finished dealing. Some might consider this the start of a fire sale in which the Jets sell off players and reshape their roster before what will likely be a busy off-season.

“This, to me, was a different deal,” Gase said. “I just think it was something that came up and then after talking to Steve and those guys kind of working things out with Tampa, we just felt like this was the right thing to do.”

McLendon spent his first seven NFL seasons with Pittsburgh before signing a three-year, $12 million contract with New York in 2016. He quickly became one of the team's locker room leaders, with several of the young defensive players, including Quinnen Williams and Folorunso Fatukasi, crediting McLendon with helping them adjust to life in the NFL.

McLendon was re-signed to a one-year deal by the Jets in March 2019, and then given a one-year extension last October. He was scheduled to become a free agent after this season and was unlikely to be re-signed by New York.

McLendon has been one of the league's most consistent run stuffers during his 11-year NFL career. He has 226 total tackles, 12 1/2 sacks and three forced fumbles.