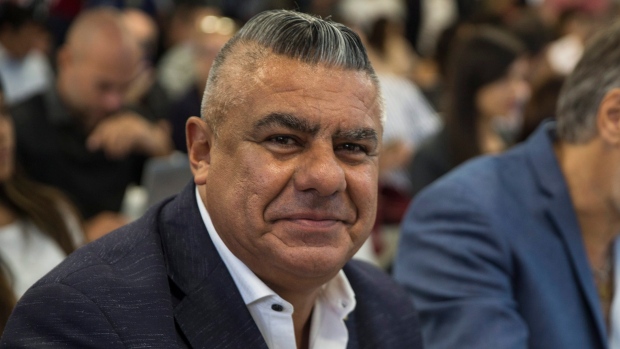 ASUNCION, Paraguay — South American soccer body CONMEBOL decided on Tuesday to remove Argentina's Claudio Tapia from his seat on the decision-making FIFA council after his critical remarks about the recent Copa América tournament.

Tapia, the head of the Argentinian soccer association, became an interim replacement on the 37-member FIFA council in October 2018.

CONMEBOL announced there will be an election to fill the Argentine's position, but did not set a date.

Tapia criticized the South American soccer body and the Brazilian soccer confederation in an open letter published July 3 during the Copa América in Brazil.

He said Argentina was "clearly harmed" by the Copa América's refereeing and the poor quality of the pitches after the team was eliminated 2-0 by host Brazil in the semifinals.

CONMEBOL said in a statement the decision was made "because of the seriousness of the expressions publicly used by Mr. Tapia, considering his investment in the position."

In the letter, Tapia also complained about Ecuadorian referee Roddy Zambrano, who worked at the Brazil-Argentina clash, for not checking video review in key moments of the match.

The Argentine blamed CONMEBOL's refereeing director Wilson Seneme of Brazil for controversies on the pitch.

Tapia also criticized the presence of Brazilian President Jair Bolsonaro on the pitch at the break of the semifinal in Belo Horizonte.

The soccer executive said Bolsonaro's security did not wear proper identification and that the far-right politician used the match as political propaganda.

Tapia's complaints were echoed by Argentina superstar Lionel Messi, who said there was corruption in the tournament and that it was set up for Brazil.

Messi later apologized to CONMEBOL for his comments.