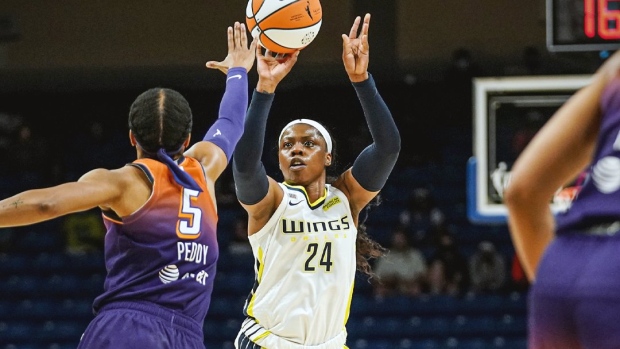 Mabrey scored on a driving layup with 11.1 seconds left and Ogunbowale added a pair of free throws with 6.9 seconds, each time extending the Wings (4-5) to a four-point lead.

Satou Sabally added 11 points and capped an 11-2 Dallas run with a 3-pointer that made it 81-70 with 1:41 left. But the Mercury (5-4) scored nine straight over the next 1:11 with Skylar Diggins-Smith scoring five and Brittney Griner adding four during the run.

Canadian Kia Nurse scored seven points for the Mercury in the loss.

Dallas will stay in Phoenix for a rematch with the Mercury on Friday night.