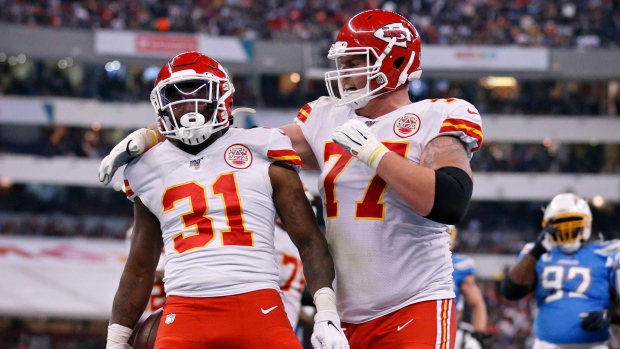 Darrel Williams is staying in red.

Breaking: FA RB Darrel Williams is signing with the #AZCardinals, per source.

I’m also told Patrick Mahomes vouched for Williams, informing Arizona that he was a back he both liked/trusted. DW had a great season w/over 1,000 scrimmage yards, 8 TDs/zero fumbles (191 touches).

Williams, 27, spent the past four seasons with the Chiefs, winning Super Bowl LIV in 2021.

Originally signed as an undrafted free agent out of LSU, Williams appeared in all 17 games for the Chiefs this past season. He rushed for 558 yards on 144 carries with six touchdowns and added another 452 yards receiving on 47 catches with two more TDs.

Schultz notes that Chiefs quarterback Patrick Mahomes vouched for Williams with the Cards.