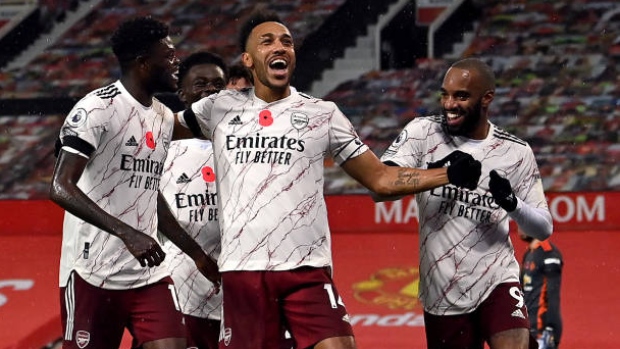 Aubameyang said he contracted the disease while on international duty in Gabon last month.

“I’m already feeling much better every day, thanks to the great doctors that detected and treated the virus so quickly,” Aubameyang said in a post on Instagram, alongside a photo of himself apparently in a hospital bed.

“I wasn’t really feeling myself the last couple weeks but will be back stronger than ever soon!”

Since returning from international duty, he has played two games for Arsenal — against Liverpool in the Premier League on April 3 and against Slavia Prague in the Europa League last week.

He missed the win over Sheffield United in the league on Sunday and wasn't part of the squad taking on Slavia in the second leg of the quarterfinals on Thursday.