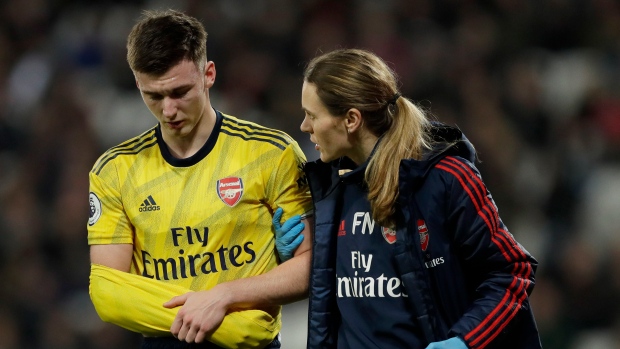 LONDON — Arsenal defender Kieran Tierney is facing up to three months out with a dislocated shoulder.

The Scotland international was injured during Monday's Premier League win over West Ham. Arsenal said Saturday that the left-back will have surgery next week and then begin a rehabilitation process that will last “around three months.”

Tierney was signed from Celtic in the off-season but also missed the start of the campaign with a groin problem.