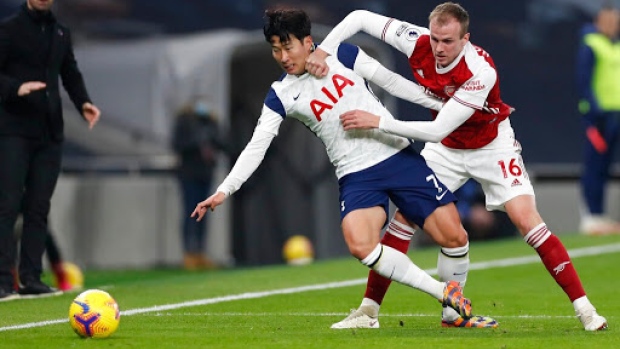 Arsenal locked up Rob Holding on Tuesday, signing the 25-year-old defender to a three-year extension.

The deal takes Holding through the 2024 season with an option for a further year.

"I have been hugely impressed with Rob's contribution to the club and the dressing room, on and off the pitch," Gunners manager Mikel Arteta said in a statement. "The quality of his work every day on the training pitches is excellent and he is translating this into consistently high performances in matches."

Holding has made 18 appearances across all competitions for the Gunner thus far this season, ensconcing himself as one of Arteta's first-choice central defenders.

A product of the Bolton academy, Holding arrived at the Emirates in 2016 in £2 million move. Over five seasons with the Gunners, Holding has made 96 appearances across all competitions, including 53 in the league. He has two goals in an Arsenal shirt.

The Gunners currently sit 11th in the table on 23 points after reeling off three straight victories. Arsenal is six points behind Tottenham Hotspur for the final Champions League place and 10 points adrift of leaders Liverpool and Manchester United.