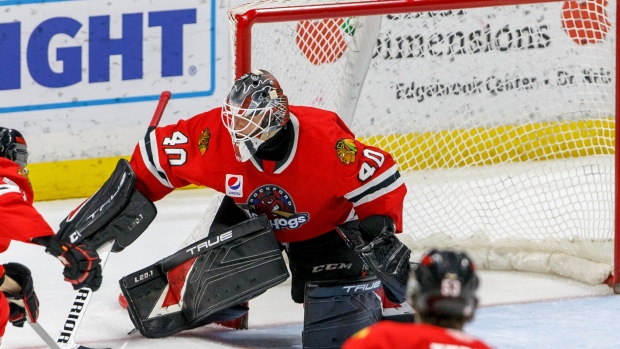 ROCKFORD, Ill. — Arvid Soderblom made 43 saves as the Rockford IceHogs topped the Manitoba Moose 5-3 Saturday in the American Hockey League.

C.J. Suess, Simon Lundmark and Kristian Vesalainen were the goal scorers for Manitoba.

The Moose outshot Rockford 46-24, but could only beat Soderblom three times.

IceHogs defenceman Jakub Galvas was the only player in the game to net two points with his two assists.

This report by The Canadian Press was first published April 23, 2022.