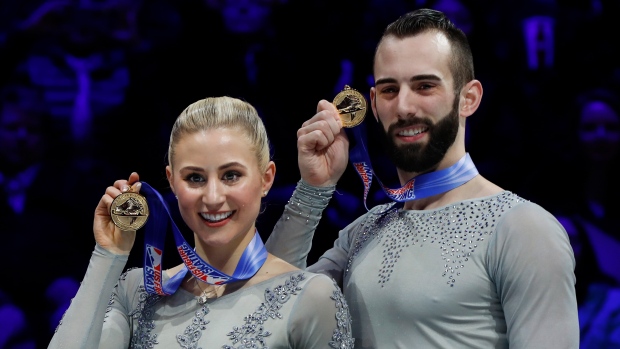 Ashley Cain-Gribble and Timothy LeDuc have been added to the U.S. team for the World Figure Skating Championships, replacing Jessica Calalang and Brian Johnson.

Calalang and Johnson have withdrawn from the competition for personal reasons unrelated to COVID-19.

Cain-Gribble and LeDuc earned the bronze medal at nationals in January. After winning the U.S. pairs title in 2019, they finished ninth at worlds, earning the United States two pairs entries at the next world championships. That event was cancelled last March due to the novel coronavirus pandemic.

American champions Alexa Knierim and Brandon Frazier also will represent the United States at worlds in Stockholm from March 22-28.