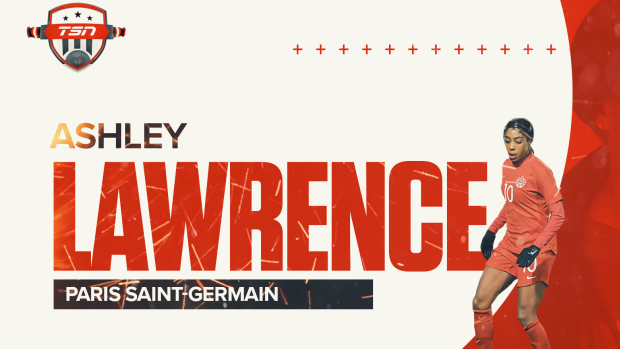 Who are the top 10 Canadian female soccer players in the world right now?

It’s never an easy question to answer. How do you compare the role of a defensive midfielder to a forward?  How do you weigh someone who plays in the NWSL against someone playing in Europe?

That said, TSN convened a panel of experts on women’s soccer to compile our list. The panel consists of:

A player’s impact on the national team and her club team were both taken into account when compiling the list. The rankings are based on an individual’s current level of play, not the body of work over an entire career.

For example, while Diana Matheson has been one of the most influential players Canada has ever produced, she is not included on our list because she has missed a significant amount of time over the past year due to injury.

Kicking off our list is one of Canada’s most promising young players. Riviere, 19, has skyrocketed since making her senior team debut as a 16-year-old in 2017, and she’s quickly cementing herself as a regular on the Canadian backline. Despite her relative inexperience, Riviere possesses remarkable confidence and fearlessness, and has had dominating performances against some of the world’s top teams, including England and, more recently, France. Her ability to fly up and down the flanks and join the attack is among the best on the team. Perhaps her captain, Christine Sinclair, put it best after Riviere made her Women’s World Cup debut last year: “The sky’s the limit for her.” 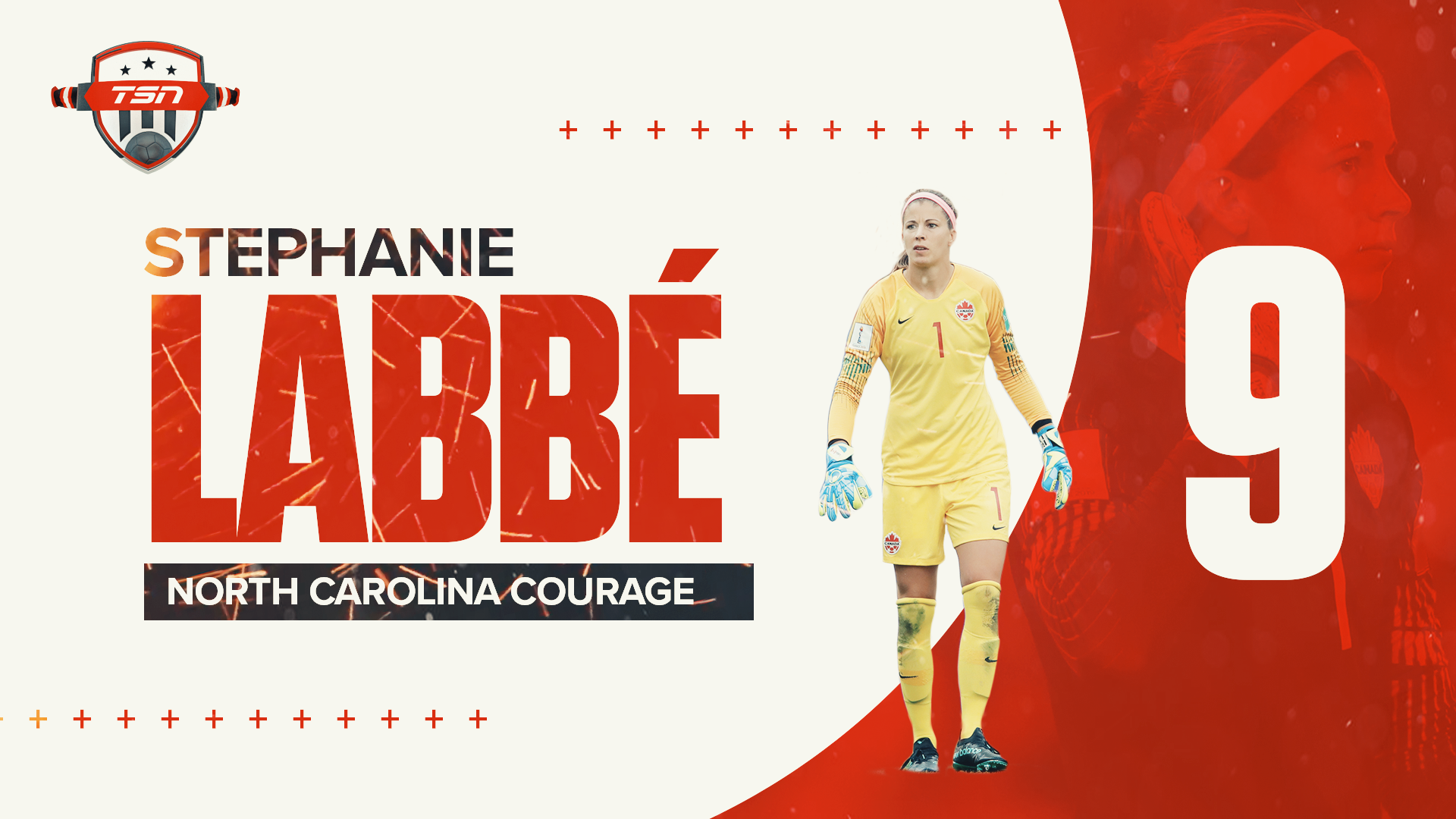 Labbé has been Canada’s no. 1 goalkeeper since she helped lead her country to a second consecutive Olympic bronze medal in 2016. After spending years as the third-string keeper on Canada’s depth chart, she has been able to overcome a career filled with adversity, and that perseverance translates onto the field. She has said it herself – she thrives in pressure situations. Labbé is a calming influence on the backline, someone who is confident in her abilities, and it’s this poise that helped her backstop the North Carolina Courage to the NWSL Shield and Championship in 2019. 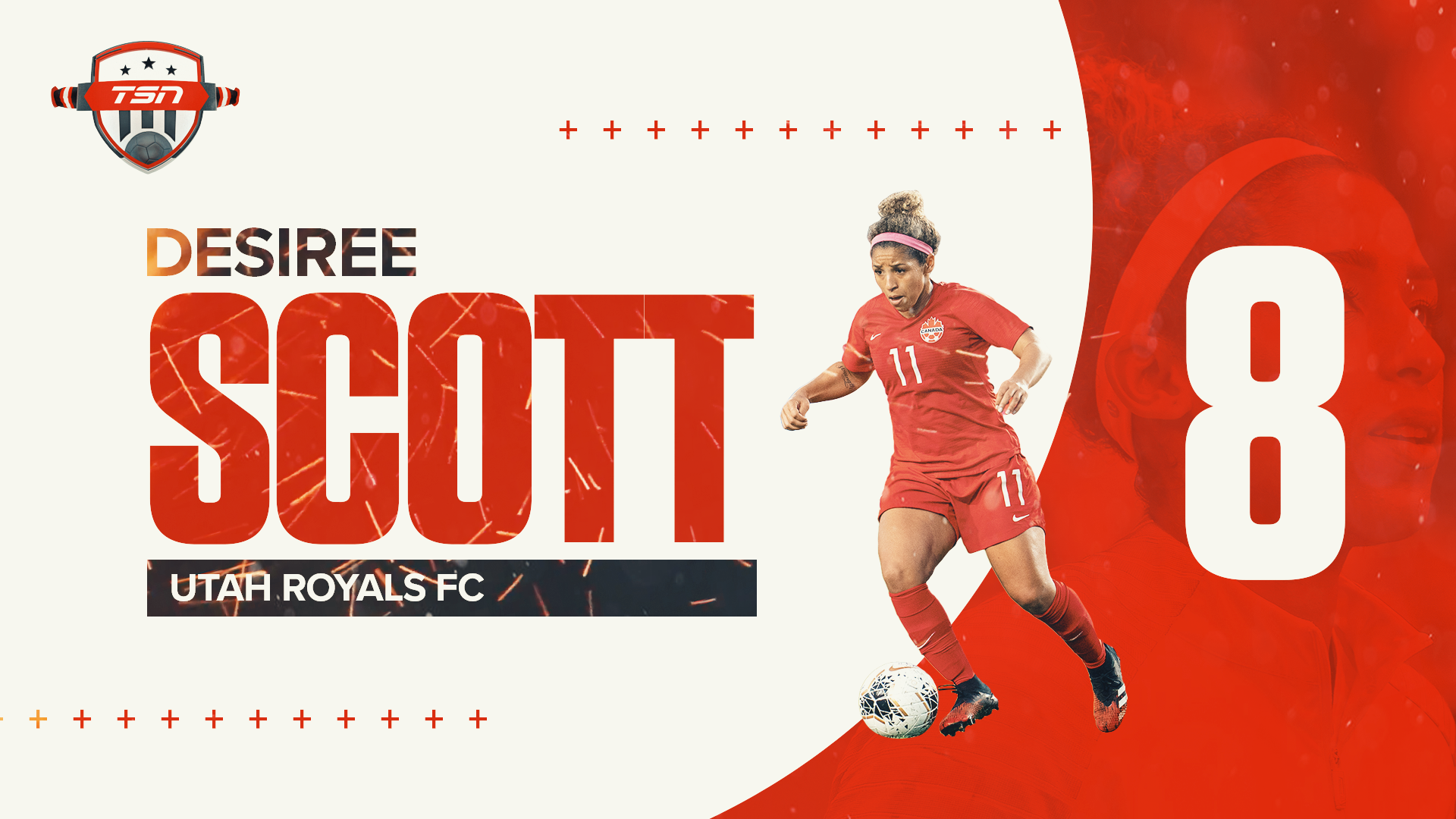 Her nickname – The Destroyer – says it all. Scott has been a dominating physical presence in Canada’s midfield for years. She embodies the defensive midfielder position, making her home in front of the backline, breaking up plays, and stopping the opponent’s attack before it has a chance to start. Her role is not flashy, and often goes unnoticed, but her fearlessness and fierce competitiveness are often crucial to Canada’s success. Her leadership also can't be underrated. She is an ideal teammate, and her energy is infectious. 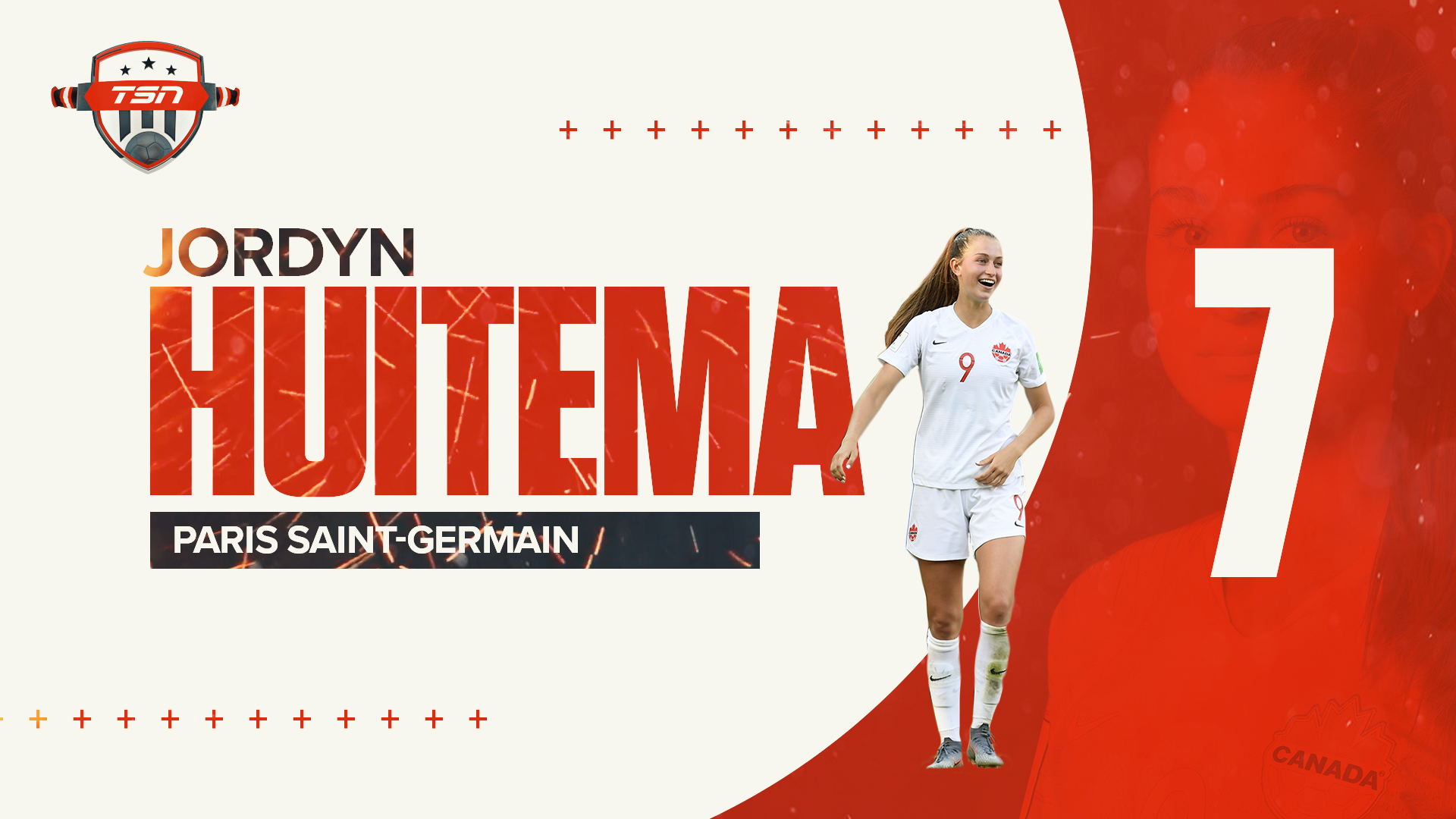 When you have been drawing comparisons to Christine Sinclair since you were 15 years old, you deserve a spot in our top 10. Huitema may just be 18, but the list of her career accolades already rivals that of a veteran. She captained Canada’s under-17 squad to a best-ever fourth-place finish at the 2018 U-17 Women’s World Cup. She won the golden boot as the tournament’s top scorer at the 2020 CONCACAF Olympic Qualifying. She was also the first Canadian woman to forgo college and turn professional, joining top club PSG in 2019. While Huitema has been used on the wing, she’s at her best in the number 9 role: a pure striker who can use her height, speed and finishing ability to beat opponents. 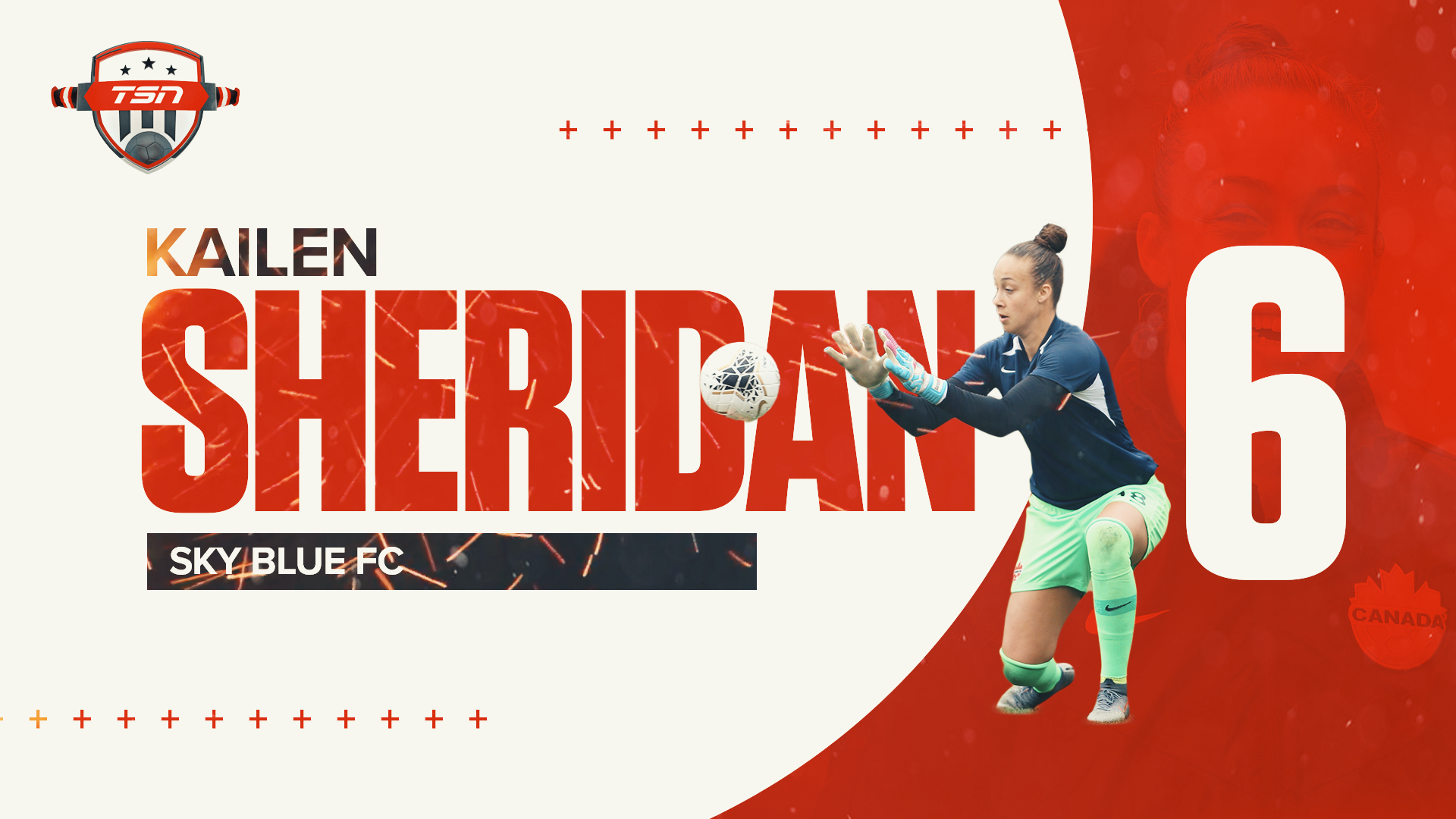 You may not know her name yet, but Sheridan is quickly rising the ranks of Canada’s goalkeepers. She has just under 10 caps to her name, but it won’t be long before she takes over the reins as the no. 1 keeper, and her teammates at Sky Blue FC can tell you – she’s a game changer. Two years ago, she set an NWSL record for most saves in a season. Although her team has struggled over the years, Sheridan’s play has never wavered, and she was named a finalist for the NWSL’s top goalkeeper award in 2019.  Sheridan is a vocal leader and a fierce competitor, so it’s no surprise her Canadian captain has called her one of the best goalkeepers in the world. 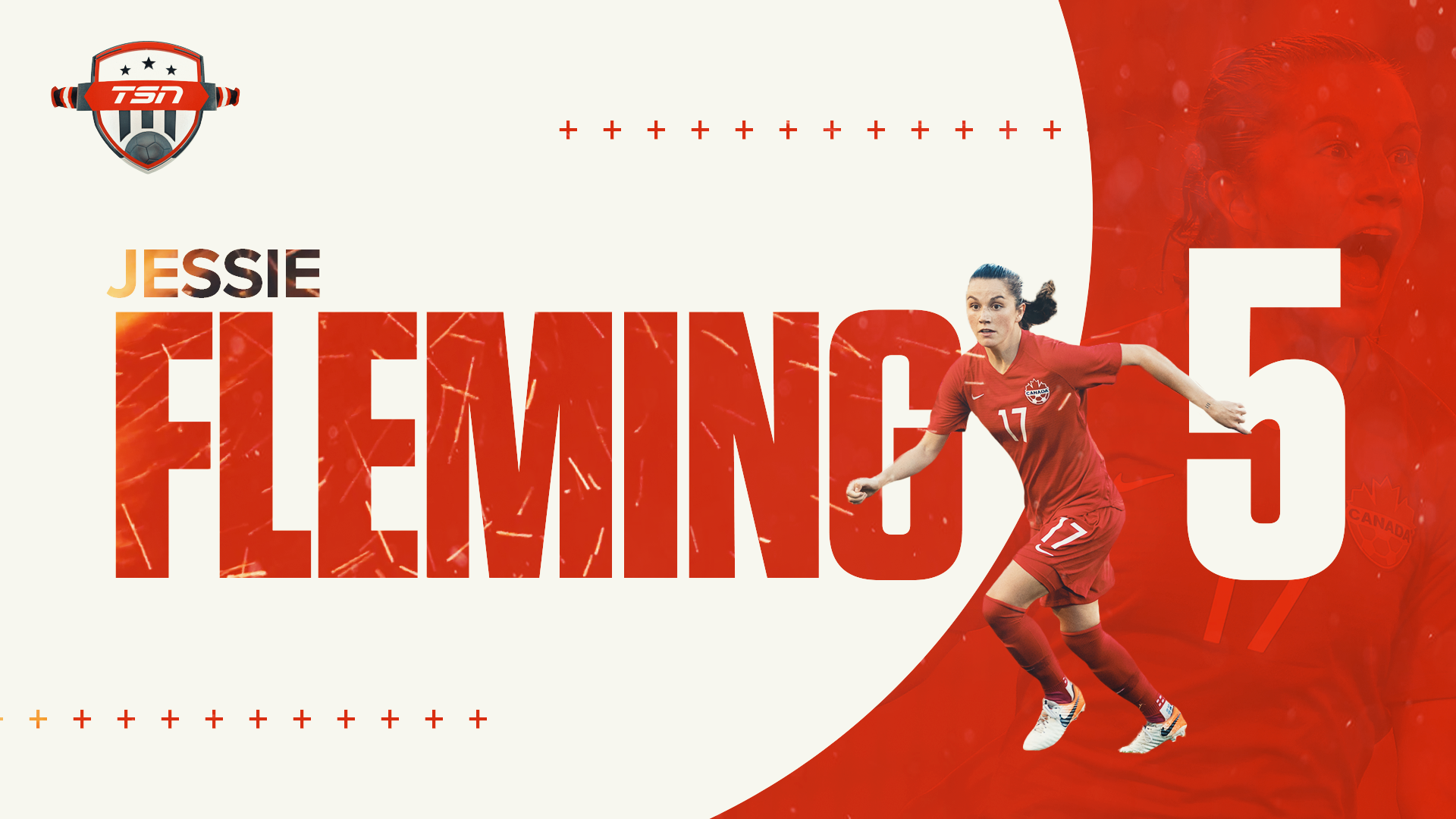 She may only be 22, but in many ways, Fleming is already a veteran for Canada. She has more than 50 caps and starts to her name and an Olympic bronze medal, not to mention a litany of collegiate awards. A box-to-box midfielder who is also comfortable as a more traditional number 10, Fleming dictates the play and pulls the strings of Canada's attack. Fleming plays with a wisdom beyond her years. She’s able to see the game on a different level and make plays that opponents don’t see coming. While she may still be deciding her future at the club level, there’s no question Fleming runs Canada’s midfield. 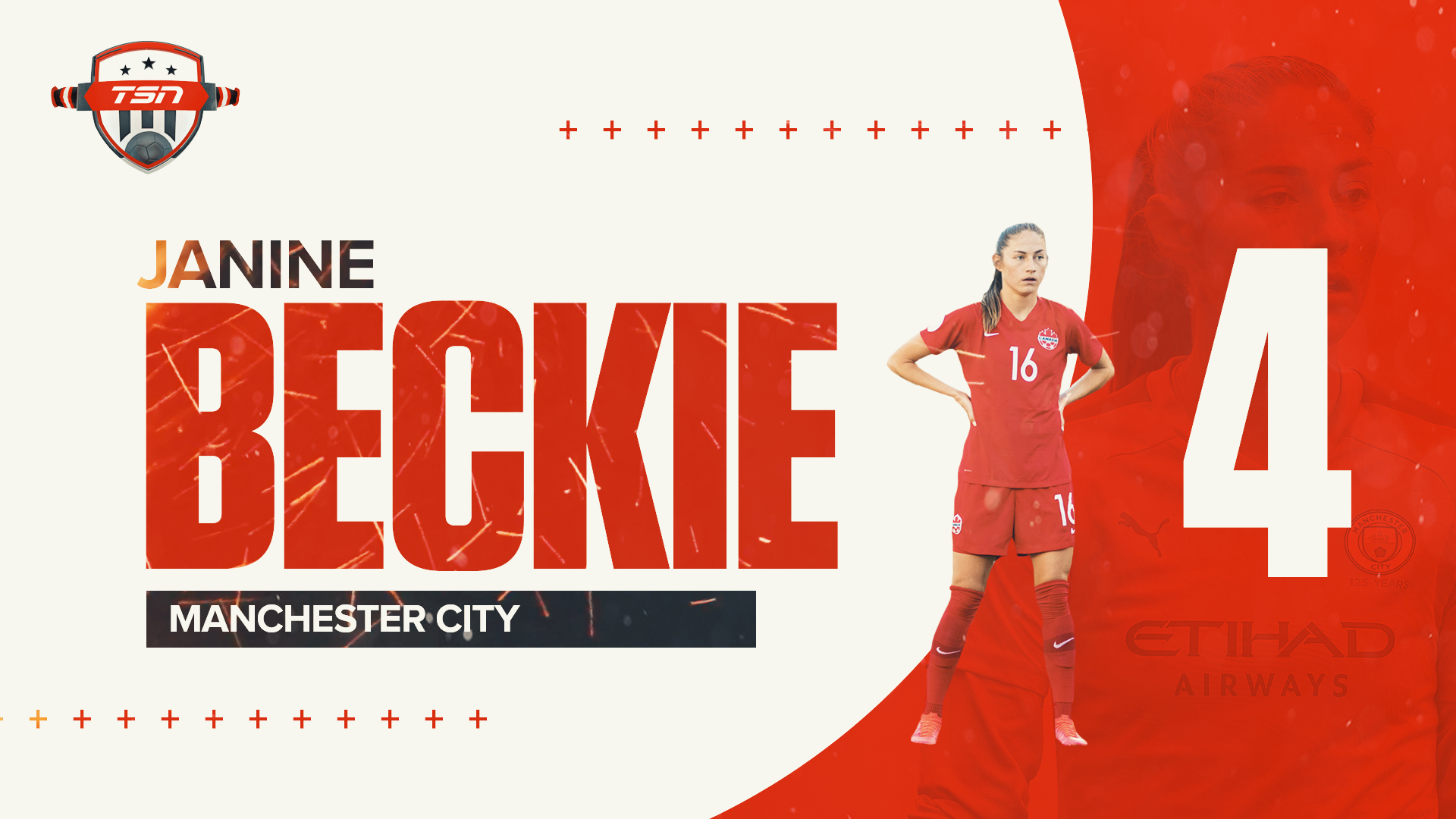 It's hard to believe there was a time when Beckie wasn't a part of the Canadian national team.
Since being left off the 2015 roster for the Women’s World Cup, Beckie has been one of Canada's biggest offensive threats, with more than 30 goals for her country. Beckie – a dual Canadian/American citizen – has all the attributes you want in a winger. She has pace, she's a proven playmaker, and she is lethal in front of the net. Beckie made the jump to Europe in 2018, signing with Manchester City, one of the top women's clubs. This past season, Beckie has blossomed at City as a regular starter, and she has shown her versatility in a move to an unfamiliar position at right-back, where she continues to flourish on both sides of the ball. 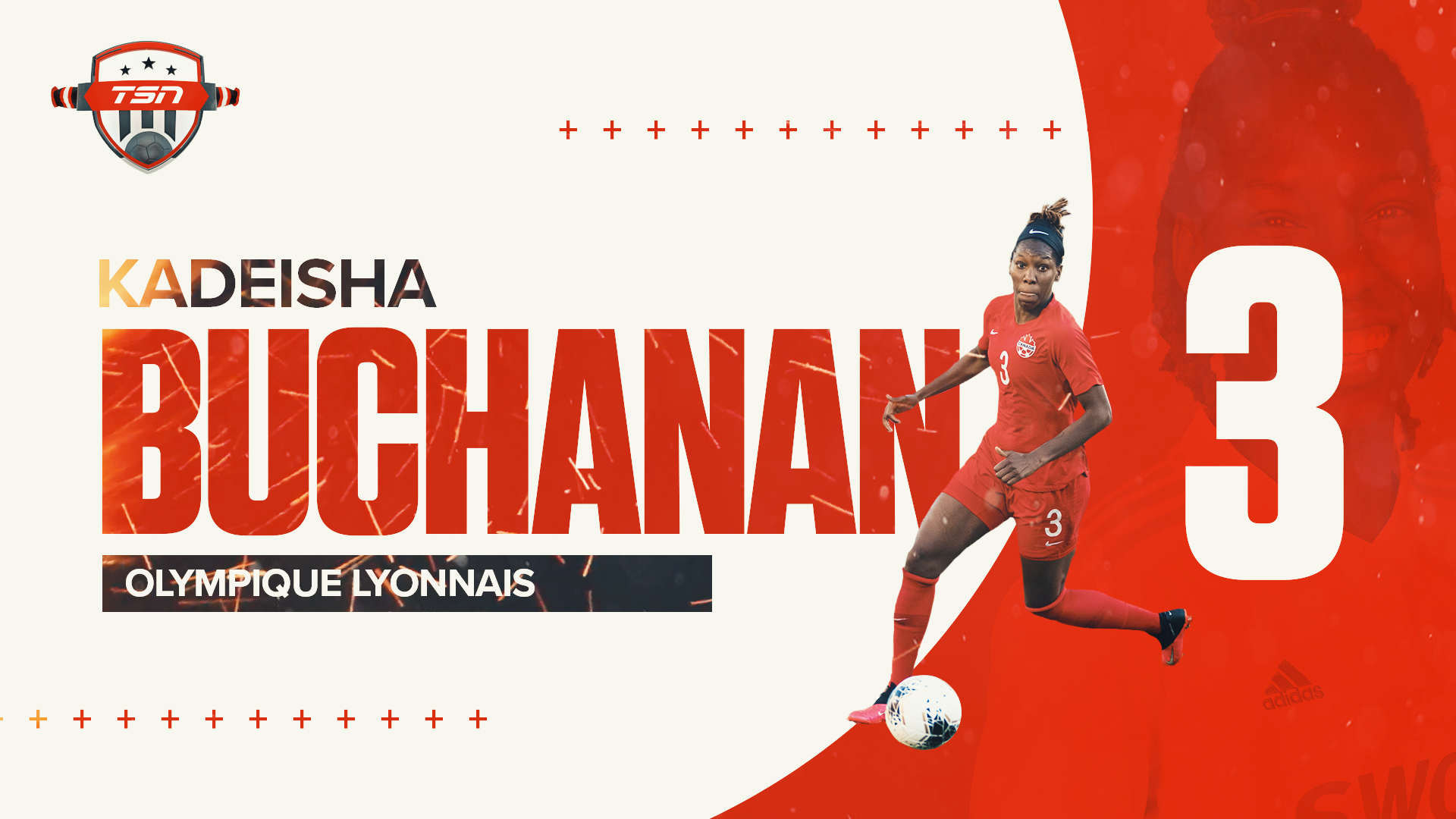 Quite simply, Buchanan is Canada’s rock on the backline. She’s a powerful centre-back – a fearless, shutdown defender known for her tenacity and timely tackles. At just 24, Buchanan has more than 100 caps, an Olympic bronze medal, a Champions League title, and two World Cup appearances. But while she is a member of one of the top clubs in the world at Lyon, she has had to fight for playing time on a very competitive roster. She is often sidelined in favour of French centre-backs Wendie Renard and Griedge Mbock.  But training daily in a world-class professional environment like Lyon has helped Buchanan mature and strengthen her game. 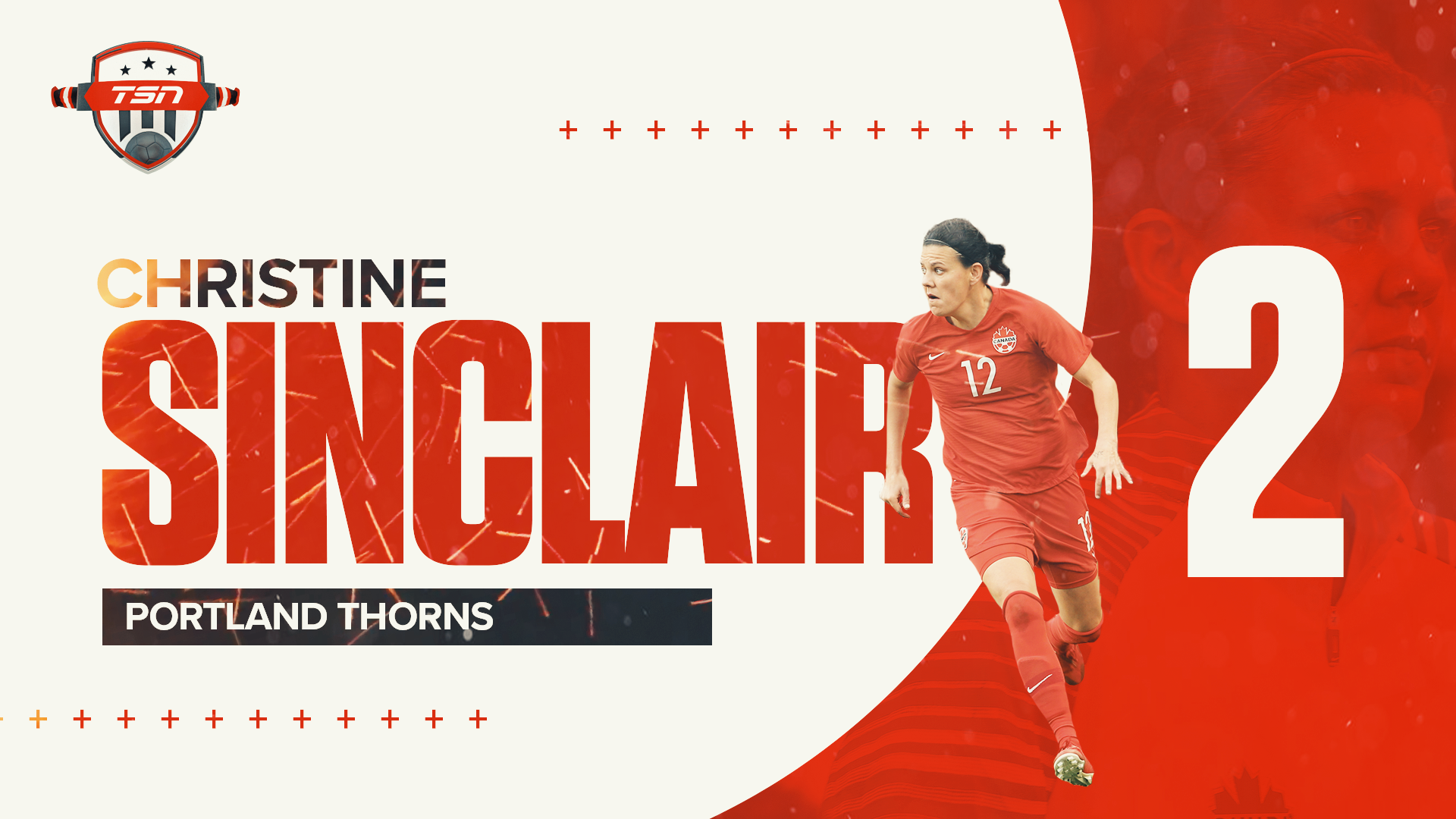 Yes, the greatest international goal scorer of all-time is not no. 1 on our list. There’s no question that Sinclair is the best soccer player Canada has ever produced. Even as she nears the end of her career, she has shown time and time again she should not be overlooked. As captain of the Portland Thorns, Sinclair has finished in the top five in league scoring for the past two seasons, and she's still the one Canada turns to in crucial moments. She can beat teams in almost every way possible: world-class strikes, clutch penalties, or just being in the right place at the right time. While she may not have the speed she used to, her soccer IQ is among the best in the world. But it’s not just her uncanny ability to find the back of the net. Her leadership and work ethic are simply unmatched. It may be cliché, but she gives her all every time she steps on the pitch. There’s a reason she has stayed at the top of her game for so long. She inspires everyone around her to be their best, and she's more than happy to play the provider and let her teammates have the spotlight. 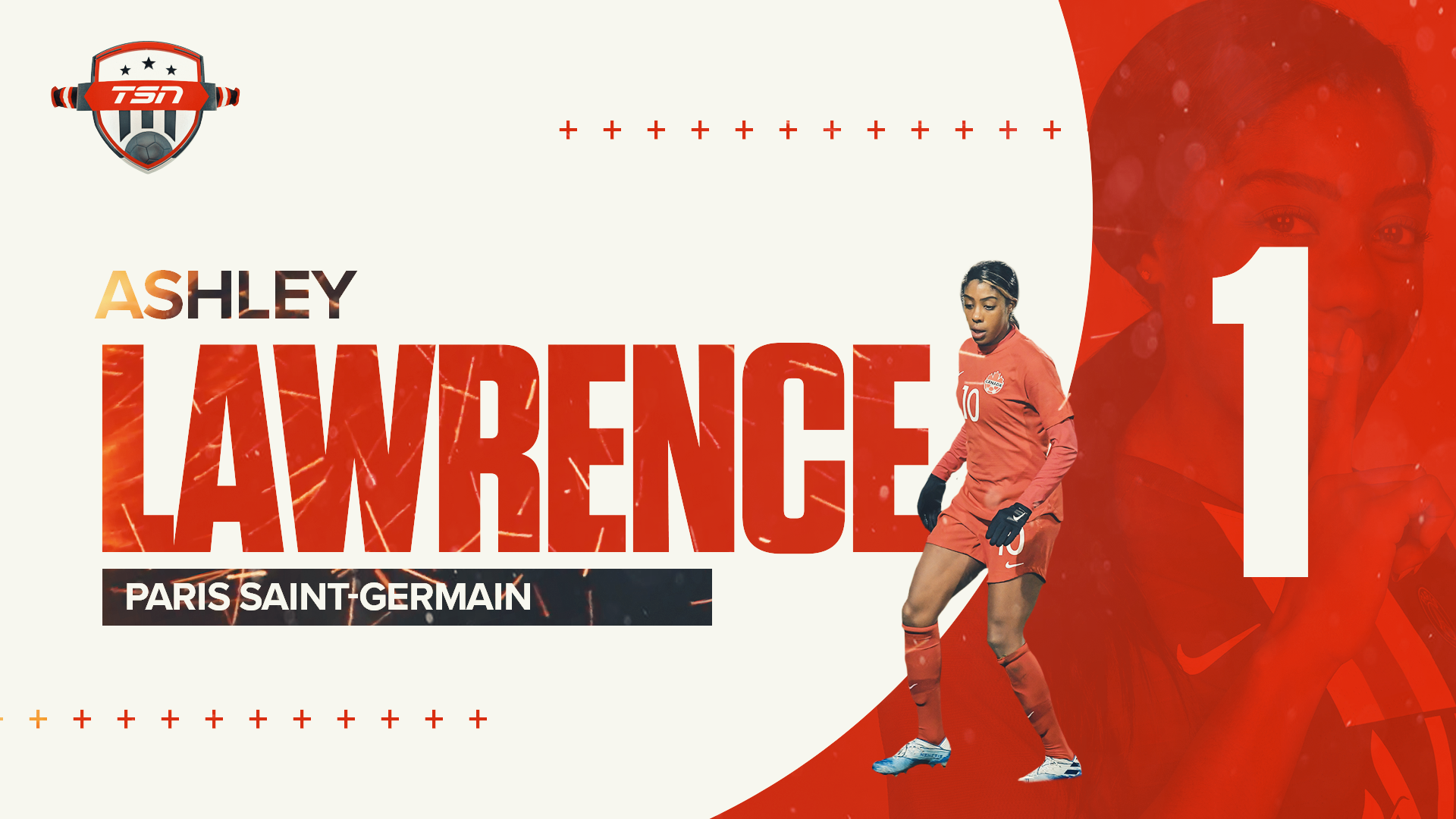 While she has been playing for Canada since she was 17, Lawrence truly burst onto the scene at the 2015 Women’s World Cup, scoring her first career international goal as a 20 year old in front of more than 40,000 Canadian fans. Since then, she has steadily – albeit quietly – risen to stardom. It may be easy to overlook Lawrence because usually she isn't the one scoring the goals, but she's the reigning Canadian Player of the Year for a reason, and her national team coach, Kenneth Heiner-Møller, has called her "the best full-back in the world – by far.” She can burn opponents with her speed, but what makes her Canada’s top player is much more than that. Her versatility is unmatched. She can seamlessly slide into midfield or at right-back, and consistently deliver on the highest level. Her decision making, technical skills, and ability to find her teammates is world class, and at just 24, she has already become one of the leaders on the squad. Lawrence is an integral part of any starting 11, including with top club PSG, and there's no doubt she will be an invaluable member of the Canadian team for years to come.