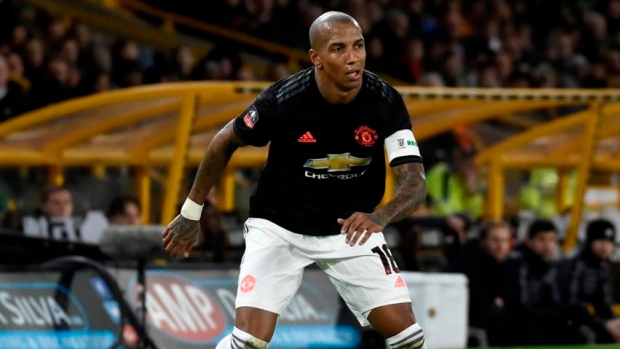 MILAN — Manchester United captain Ashley Young has transferred to Inter Milan, where he will join up with former United teammates Romelu Lukaku and Alexis Sanchez in an attempt to help the Nerazzurri win Serie A for the first time in a decade.

Young signed a contract through June with an option for next season, Inter announced late Friday.

The fullback can become the third English player to play for Inter after Gerry Hitchens and Paul Ince.

“He is 35 in the summer and, if he gets a two-year contract somewhere, I think it's up to him to take that,” Solskjaer said. “We weren't ready to offer that.

“He's been a good servant for the club. He's been captain and he's won trophies, leagues, cups, but we've got players coming through. So it was time now, then. When Ashley's head and mindset was on, ‘Yeah, I want to try this,’ why not do it now?”

In coach Antonio Conte’s first season at Inter, the Nerazzurri are second in Serie A and trail eight-time defending champion Juventus by two points at the season’s midpoint.