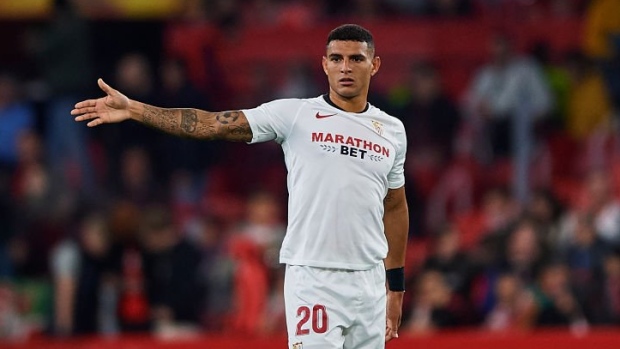 Aston Villa has started its offseason with a significant addition.

Steven Gerrard's team announced on Thursday that it had reached a deal with Sevilla for the signing of centre-back Diego Carlos.

Aston Villa can confirm the club has reached an agreement with Sevilla FC for the transfer of Diego Carlos for an undisclosed fee.

The Sao Paulo native spent the past three seasons with Sevilla and was key to their 2020 Europa League title.

A product of the Desportivo Brasil academy, Diego Carlos also spent time with Nantes, playing three seasons with the Ligue 1 side.

Diego Carlos was also a member of Brazil's entry at the 2020 Tokyo Olympics.