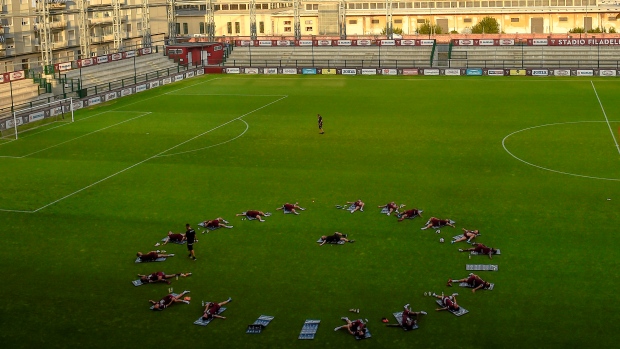 MILAN — At least eight Serie A players have tested positive for the new coronavirus this week as they return from their truncated off-season.

The latest clubs to announce Thursday they have positive cases among their players were Torino with two, and Napoli with one.

All eight players are asymptomatic. The new season is scheduled to start on Sept. 19.

The number of positive cases in general in Italy is also rising. The country reported 845 new cases on Thursday, the highest rise since May 16.

Italy was one of the hardest hit countries by the coronavirus, with more than 35,000 deaths attributed to COVID-19. It was also the first country in Europe to shut down its soccer league on March 9.

Serie A resumed without fans on June 20 and finished on Aug. 2, with Juventus winning a record-extending ninth successive league title.