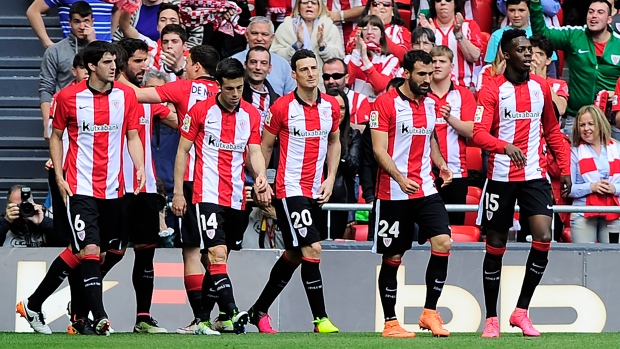 BARCELONA, Spain — Athletic Bilbao forward Iñaki Williams says that he was a victim of racial abuse from fans while playing at Espanyol in a Spanish league game on Saturday.

Williams said after the 1-1 draw that “I suffered racist insults, something that no one wants to hear and has no place here."

Williams, who is black, played 82 minutes of the match before being substituted.

TV broadcaster Movistar showed Williams confronting a section of Espanyol fans who were taunting him with monkey chants.

“People should come to enjoy themselves, to help their team. This is a sport about friendship,” Williams said.