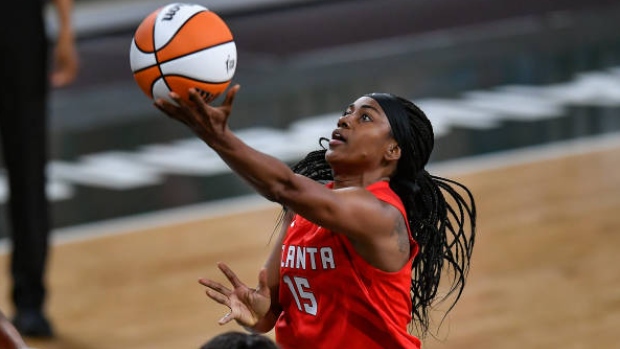 COLLEGE PARK, Ga. -- — Tiffany Hayes scored 26 points on 11-of-16 shooting and the Atlanta Dream won for the first time in their new Gateway Center home, beating the Dallas Wings 101-95 on Thursday night.

Chennedy Carter scored 21 points and Courtney Williams added 14 points. Odyssey Sims, who had seven points, passed 800 assists for her career with a pair in the first half.

Marina Mabrey and Arike Ogunbowale had 24 points each for the Wings (1-3). Kayla Thornton added 17 points and Tyasha Harris had 10.

Atlanta led 53-47 at halftime and never trailed in the second half. Dallas got the deficit within three early in the third quarter and back within four in the final 30 seconds.