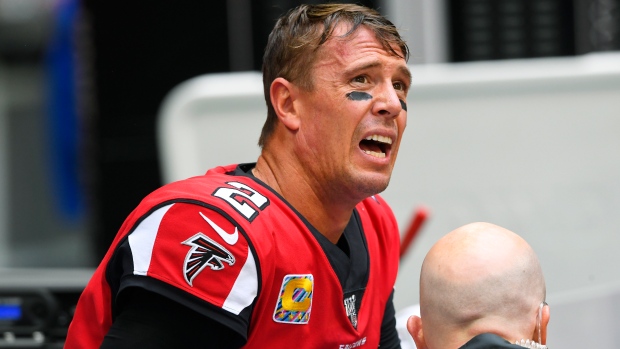 As expected, Ryan did not practice Wednesday. He also may sit out Thursday's practice. Quinn says the team "will have a better sense" of the quarterback's status for Sunday's game on Friday.

"We're hopeful that as we're going through the week we'll get some practice reps for him," Quinn said. "I know he's encouraged. This guy is pure grit, pure fight."

Ryan, 34, limped off the field in last week's 37-10 loss to the Los Angeles Rams. He was hurt when sacked by Aaron Donald.

Ryan has not missed a start since 2009. His streak covers 154 regular-season games.

Veteran Matt Schaub would make his first start since 2015 with Baltimore if Ryan can't play.

Cornerback Desmond Trufant, who has missed two games with a toe injury, worked with a trainer on a side field and could join practice on Thursday.