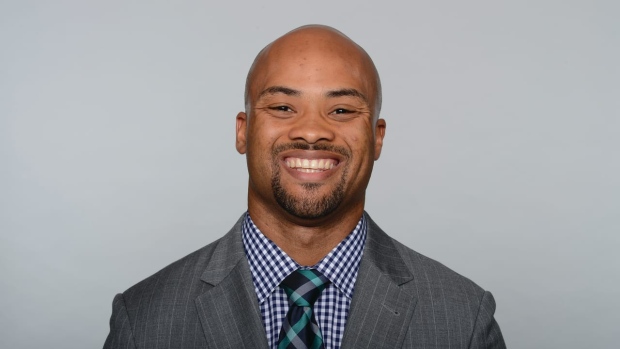 The Falcons signed Tennessee Titans offensive co-ordinator Arthur Smith as their head coach on Saturday, a day after agreeing to terms.

Fontenot joins Detroit's Brad Holmes as newly hired Blank GMs in the league. Falcons owner Arthur Blank said he anticipates the league will hire more minority head coaches and GMs in the future, if not this year.

“In my opinion, I think the diversity of the pool of candidates for both the general managers and the head coaches this year was excellent and I also think for co-ordinators,” Blank said Tuesday.

“I think what you’ll see there were a number of co-ordinators that were diverse candidates that I think will probably not get opportunities this year but will definitely be getting opportunities in the future."

Smith is one of five new head coaches hired. Of the five, only the New York Jets' Robert Saleh, the first Muslim American coach in NFL history, is a minority coach.

Blank said the additions of such GMs as Fontenot will help pave the way for more diversity in coaching hires.

“That’s really important, because we haven’t had that diversity at the general manager position,” Blank said. “... I think these young men and other men in the future will have the opportunity to be part of the hiring cycle for other coaches. I think that will certainly help the issue of looking at diverse candidates in a fair and balanced way.”

Atlanta held a virtual interview with Fontenot on Jan. 6, but could not meet with him in person while New Orleans was in the playoffs. The Saints were eliminated in Sunday's 30-20 loss to Tampa Bay, clearing the way for Atlanta to hire Fontenot.

Fontenot's three children wore newly purchased Falcons gear at his virtual news conference. The new GM acknowledged he had to shop for a new red tie for the event.

For almost two decades, Fontenot only shopped for the Saints' gold and black colours. He became emotional when discussing the role Saints GM Mickey Loomis played in his life.

Fontenot was hired by New Orleans as a marketing intern. He moved to the scouting department and worked his way up from intern to pro scout before he was hired as a assistant GM.

“Eighteen years ago Mickey Loomis pulled in a 22-year old kid,” Fontenot said before pausing to gather his emotions. “... And he really gave me the opportunity of a lifetime.”

Fontenot credited Loomis with contributions to “not just my professional growth but my personal growth.”

Fontenot was the fifth candidate to interview for the GM job.

Dimitroff and Quinn helped build a team that advanced to the Super Bowl in the 2016 season and returned to the playoffs the following year. Atlanta has not reached the playoffs since 2017.

Atlanta has the No. 4 overall selection in this year's NFL draft. Fontenot and Arthur Smith face difficult decisions about the direction of the team. Quarterback Matt Ryan is 35 and wide receiver Julio Jones, coming off a season hampered by injuries, is 31.

Blank has said the team’s new coach and general manager will be free to make decisions on a possible rebuild that could impact all players, including Ryan and Jones. Fontenot and Smith wouldn't commit to their plans for Atlanta's most successful players.

“Nothing we will do will be a snap judgment,” Smith said.

When asked about the possibility of using the No. 4 pick to draft a quarterback, Smith said “Matt Ryan has been a terrific quarterback and I’ve got all the respect for Matt Ryan and I look forward to working with him.”