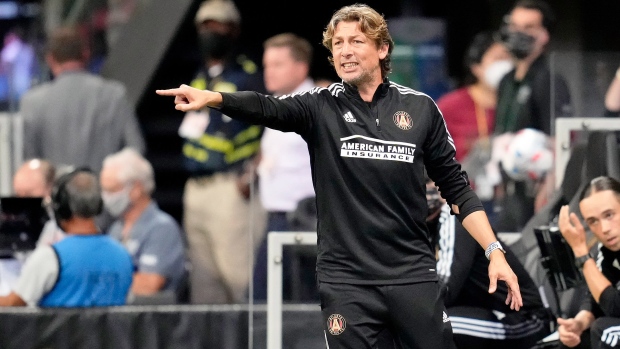 Before his firing on Sunday by Atlanta United after only 13 games this season, manager Gabriel Heinze had contravened the Major League Soccer collective bargaining agreement so frequently that the MLS Players Association filed a grievance with the league against the former Manchester United and Real Madrid defender.

Fox Sports' Doug McIntyre reports that Heinze limited the amount of water his players could drink before team doctors intervened and refused to grant his players days off that were mandated by the CBA among other acts that deteriorated the trust between the manager and his squad.

"The tactics and soccer side are one thing, but there was so much going on off the field that players were mentally drained on a daily basis," a source told McIntyre.

Heinze had a well publicized falling out with star striker Josef Martinez, who was forced to train away from the team. While a source tells McIntyre that the treatment of Martinez wasn't the reason for his firing, it did not help his standing.

United currently sits 10th in the Eastern Conference on 13 points from 13 matches. The club is next in action on Wednesday when they visit FC Cincinnati.