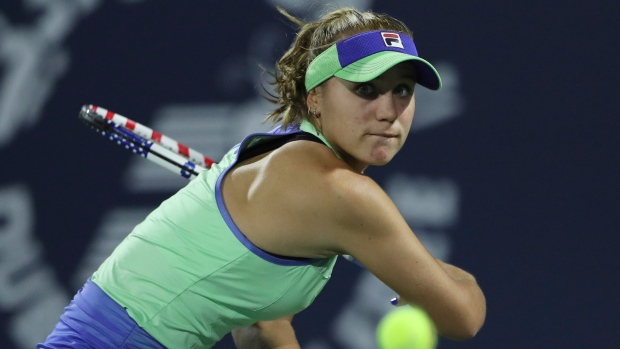 The fifth-seeded Kenin was playing her first WTA Tour event since earning her maiden Grand Slam title and then helping the United States reach the Fed Cup final. She broke Rybakina in her opening service game but the Kazakh player held serve the rest of the way to earn her third career win over a top-10 ranked player.

“I just made too many unforced errors. I just didn't take my chances," Kenin said. “I really thought I could have somehow turned it around. ... It's obviously really upsetting and disappointing at the moment.”