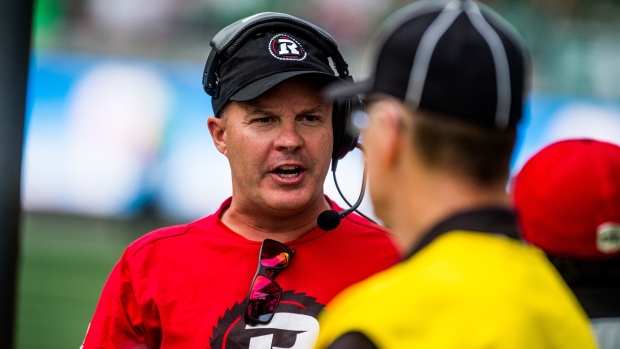 The Lions fired head coach DeVone Claybrooks on Wednesday after just one season with the team.

Hervey has asked for (and will receive) permission to speak to former #RedBlacks head coach Rick Campbell. Hervey says he will go through a thorough process and that some candidates are currently still coaching in playoffs. @CFLonTSN @TSN1040 pic.twitter.com/qyADBf9ybf

Campbell elected to part ways with the Redblacks on Monday after posting a 3-15 record this season, an identical record to the Lions.

Hervey said Wednesday he will go through a thorough process when it comes to filling the vacant position and noted that some candidates are currently coaching in the playoffs.

Campbell had served as the Redblacks head coach since their inaugural season in 2014. Prior to their struggles this season, Ottawa had made the Grey Cup in three of the past four seasons with Campbell coaching the team to a Grey Cup championship in 2016.

Campbell finished his Redblacks career with a 44-60-2 regular-season record over six seasons.