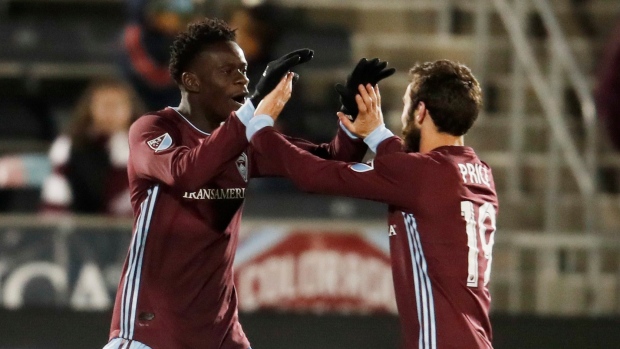 SAN JOSE, Calif. (AP) — Dominique Badji came on in the 88th minute and scored moments later to give the Colorado Rapids a 1-0 victory over the San Jose Earthquakes on Saturday night.

On the counter-attack, after a turnover by San Jose in its attacking third, Jonathan Lewis played a though ball to Nicolás Mezquida, who beat a defender before tapping a pass that led Badji to the center of the area for a one-touch finish in the 89th minute.

The Earthquakes (6-8-8) had their 11-game unbeaten streak — the longest unbeaten run since July-October 2005, when they avoided defeat in a club-record 14 straight games — snapped.

Colorado won for just the second time in its last 10 visits to San Jose in MLS play dating to 2004.

Williams Yarbrough had two saves for the Rapids. The 32-year-old goalkeeper has nine shutouts this season, tied with Nashville’s Joe Willis for most in MLS.