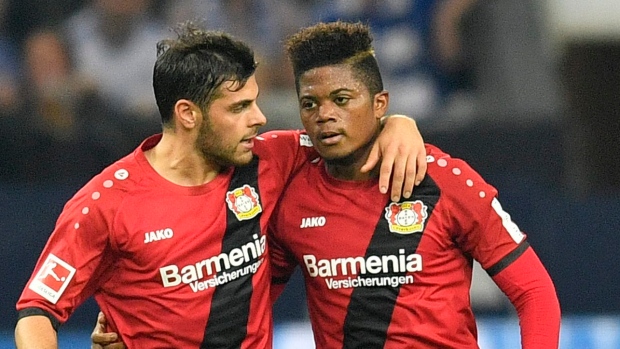 The 20-year-old Jamaican forward, who has also played for Belgian side Genk, came on for the second half and scored with a deflected shot.

American teenager Weston McKennie started for Schalke for the third straight game and had the first shot, which went just wide.

Schalke's Leon Goretzka had got the breakthrough 10 minutes before halftime. His free kick went over the Leverkusen wall and inside the right corner of the goal from more than 20 metres (yards).

Lucas Alario induced a smart save from Schalke's Ralf Faehrmann, who was then powerless to stop Bailey's shot after it took a deflection from defender Matija Nastasic.